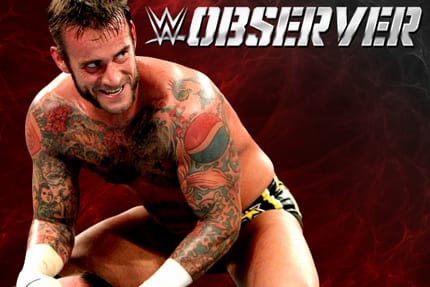 As we noted before, some pics of the WrestleMania 31 set have popped up on the internet and the set looks great as always.

There have been some jokes going around on the internet for a few hours now that CM Punk’s return to WWE is imminent after a pic of the WrestleMania set showed a lighted up Pepsi logo.

For those who didn’t get the joke, One of CM Punk’s arms features a Pepsi tattoo. And to all the CM Punk fans who got excited, he ain’t returning tonight.