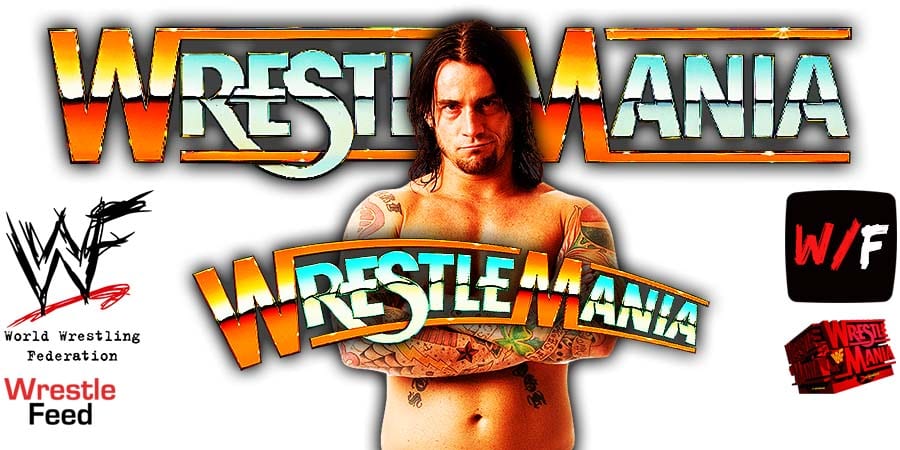 For 29 years, WrestleMania 3 held the record for the highest attendance for any WWF/E event ever, with an officially announced attendance of 93,173.

This record was broken at WrestleMania 32, which had an official attendance of 101,763.

However, Dave Meltzer of the Wrestling Observer has claimed in the past that WrestleMania 3 was attended by about 78,000 fans in reality.

“With production moved in, they have a lot of new openings for tickets for tonight’s Dynamite. The potential is more than 20,000 now.”

This led to AEW wrestler CM Punk mocking the WrestleMania 3 attendance number by replying the following to Meltzer’s tweet:

Speaking of Punk, he’s scheduled to get interviewed on tonight’s show, regarding his match against PowerHouse Hobbs this Friday night on AEW Rampage, which will be Punk’s 1st match on TV in over 7 years.

On this day in 2020, we lost Old School Tag Team Legend Road Warrior Animal at the age of 60 due to a sudden heart attack.

As one half of The Road Warriors, arguably the greatest but certainly the most dominant Tag Team in pro wrestling history, with his long-time Tag Team partner Road Warrior Hawk, they won World Tag Team Championships in many major territories, such as Jim Crockett Promotions (NWA), World Championship Wrestling (WCW), the American Wrestling Association (AWA) and the World Wrestling Federation.

In 2011, The Legion of Doom was inducted into the WWE Hall of Fame by fellow NWA/WCW/WWF Legend ‘The American Dream’ Dusty Rhodes.