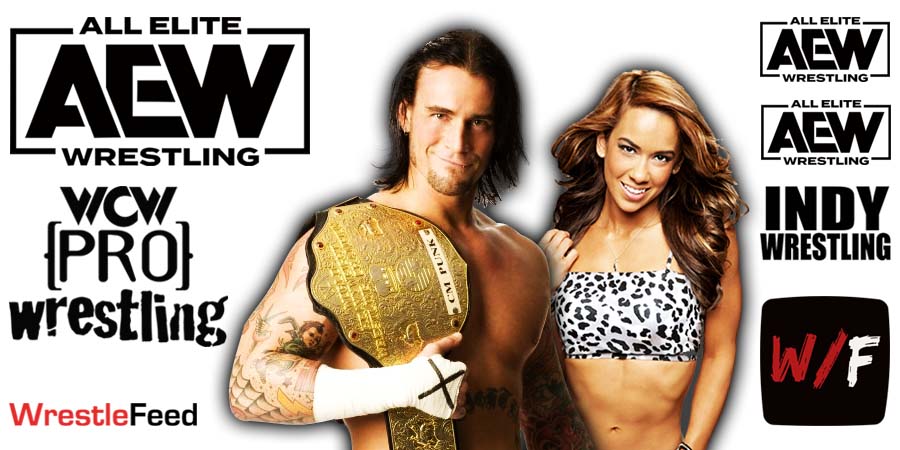 During an interview with Skewed and Reviewed, AEW World Champion CM Punk was asked about his wife, former WWE Divas Champion AJ Lee, possibly coming out of retirement and who would she like to face if she does return.

“Sometimes she’ll be like, ‘Tell me when the girls are on’.

She’s a big fan of Jade [Cargill]. I think women like Jade and Britt [Baker] especially, if she’s ever going to want to wrestle, I think they’re the ones that can draw her in based on looks and ability and the work.

AJ Lee retired from in-ring competition in 2015, after wrestling a 6-woman tag team match on RAW after WrestleMania 31.

Also Read: AJ Lee Says AEW Wrestler Taught Her A Lot – Calls Her The Best Wrestler In All Elite Wrestling