After hearing what Cena had to say, former WWE wrestler CM Punk wrote the following in his Twitter bio:

“Taiwan is a country.” 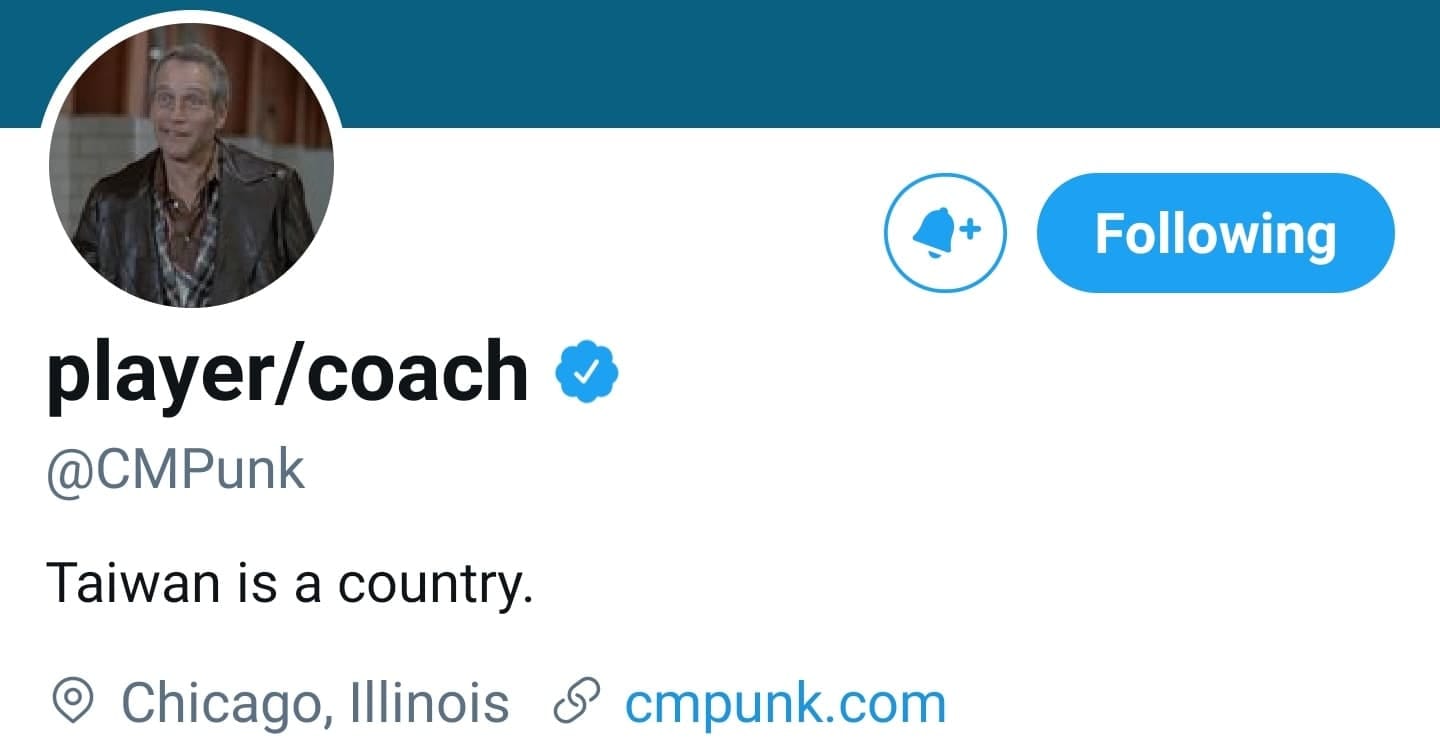 1. The American Males vs. Steiner Brothers

2. The Booty Man vs. The Gambler

3. Harlem Heat vs. Men At Work