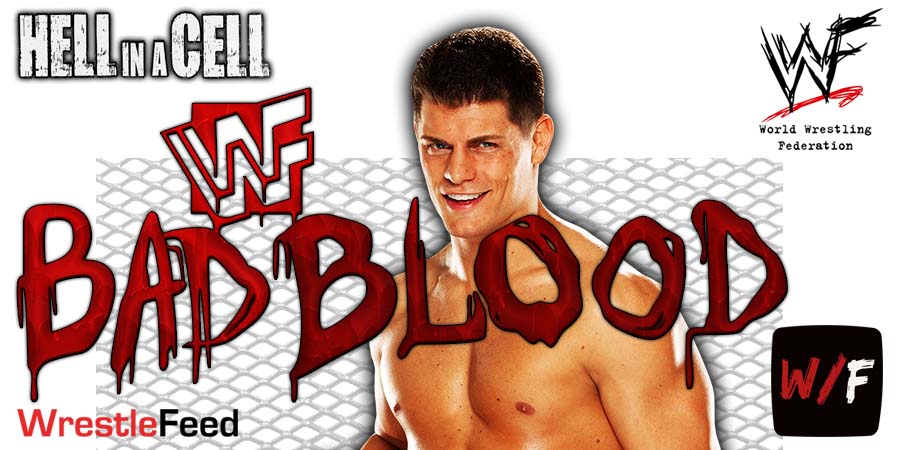 In the main event of tonight’s WWE Hell In A Cell 2022, Cody Rhodes ended his feud with Seth Rollins.

Rhodes defeated Rollins inside Hell in a Cell to go 3-0 against the former WWE Champion on PPVs.

The American Nightmare tweeted the following after his win:

“For the love of the game.”

Update: “You would have to literally kill me from staying away from this ring” – Cody Rhodes After Hell In A Cell

Below are the complete results from Hell In A Cell:

Cody Rhodes ends his feud with Seth Rollins with a victory inside Hell in a Cell. #HIAC pic.twitter.com/oLTS4fsu6x

On this day in 2009, World Wrestling Entertainment aired another episode of their weekly TV show ‘WWE SmackDown!’.

This episode was broadcasted from the FedEx Forum in Memphis, Tennessee and featured matches, interviews & storyline segments on the road to the ‘WWE Extreme Rules 2009’ PPV.

4. The Great Khali vs. Dolph Ziggler