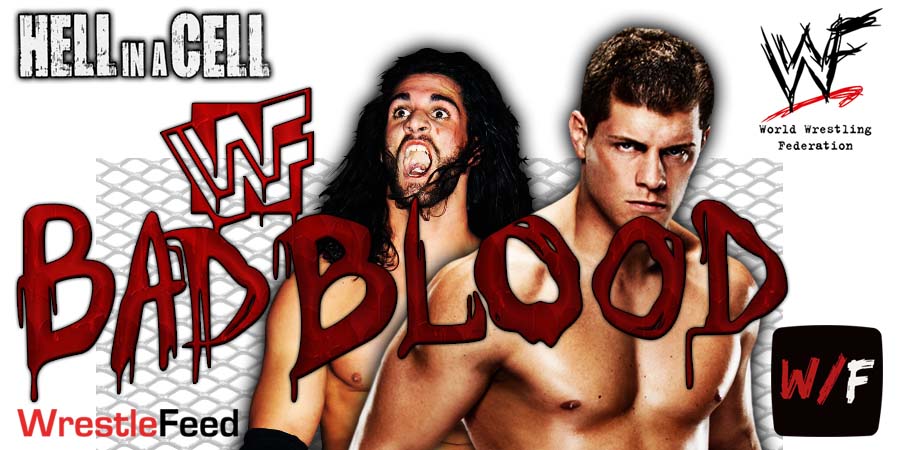 Cody Rhodes vs. Seth Rollins was advertised for this event, but WWE announced that Cody is injured and Drew McIntyre will be replacing him.

Despite this injury, Cody came out and chased Seth after Seth lost to McIntyre.

The Wrestling Observer reported the following about Cody’s injury:

“Cody was injured lifting weights. From what I gather, it’s a pretty serious injury. My impression is that he is working the match tonight with the injury and I guess will get it taken care of later.

The injury is legit. Everything that I heard was that he was working tonight. The doctors may say you can’t, I don’t know. It’s not an in-ring injury, it was a weightlifting injury.”

Cody tweeted the following ahead of tonight’s PPV:

WWE is still promoting this match:

TONIGHT: @WWERollins seeks redemption against The American Nightmare @CodyRhodes inside 🔥HELL IN A CELL🔥! #HIAC pic.twitter.com/l5QCZpMxqn

Below are the complete results from last night’s Live Event:

3. Owen Hart vs. The British Bulldog