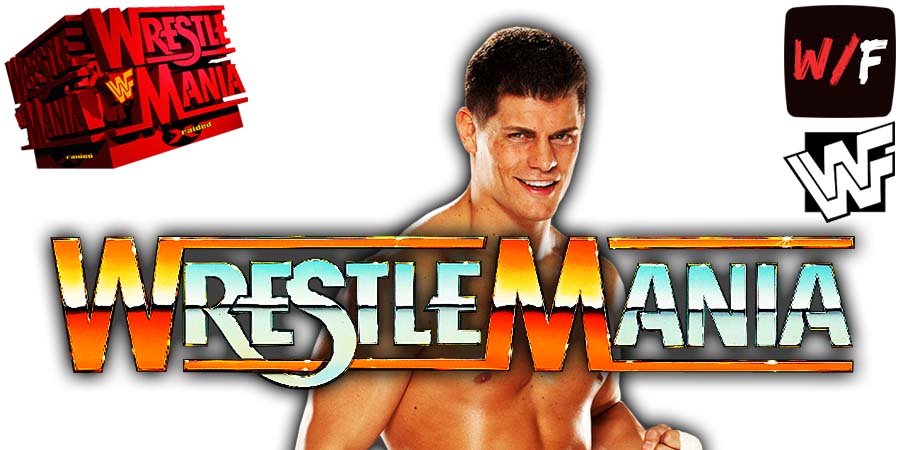 Bodyslam reported a couple of days back that the talks Cody Rhodes was having with WWE have ‘fizzled out’.

They also reported that Cody could be on his way back to AEW, because of Tony Khan’s acquisition of ROH Wrestling.

However, RSN is now reporting that a source told them Cody is still listed on the internal WrestleMania 38 documents:

“Whether officially signed, the reality is at this very moment creative WWE is working on stuff for him and unless it falls through it would be soon.”

Today would have been the 69th birthday of Old School NWA President Dennis Coralluzzo.

Coralluzzo was the President & board member of the National Wrestling Alliance from 1993 till 1999.

Dennis was seen on ECW TV in 1994, where he was interviewed after Shane Douglas threw down the NWA World Heavyweight Championship belt and rejected the title, but some WWF fans might also remember him from appearing on RAW IS WAR in 1998, where he presented the NWA North American Heavyweight Championship, a Title that was won by “Double J” Jeff Jarrett a few minutes later.