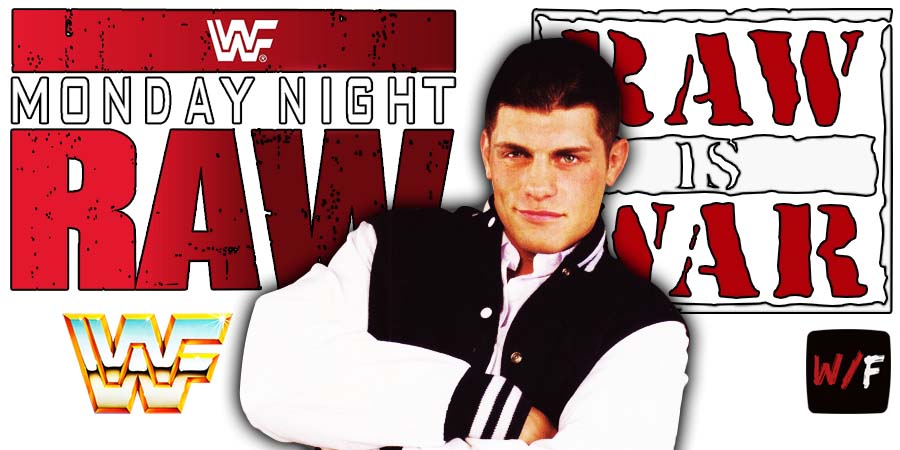 WWE has announced that Cody Rhodes will wrestle his first match on RAW in 6 years next week.

His opponent is going to be former WWE Champion The Miz.

During Friday’s SmackDown, a commercial aired where a WrestleMania rematch between Cody & Seth Rollins was announced for the May 6th episode of SmackDown.

This episode of SmackDown will be the final episode before WrestleMania Backlash 2022 premium live event.

Speaking of matches, the following 2 matches have been announced for next week’s SmackDown:

– Ricochet (c) vs. Jinder Mahal for the Intercontinental Championship

The following matches have been announced for next week’s AEW Dynamite:

– Johnny B Badd vs. Disco Inferno