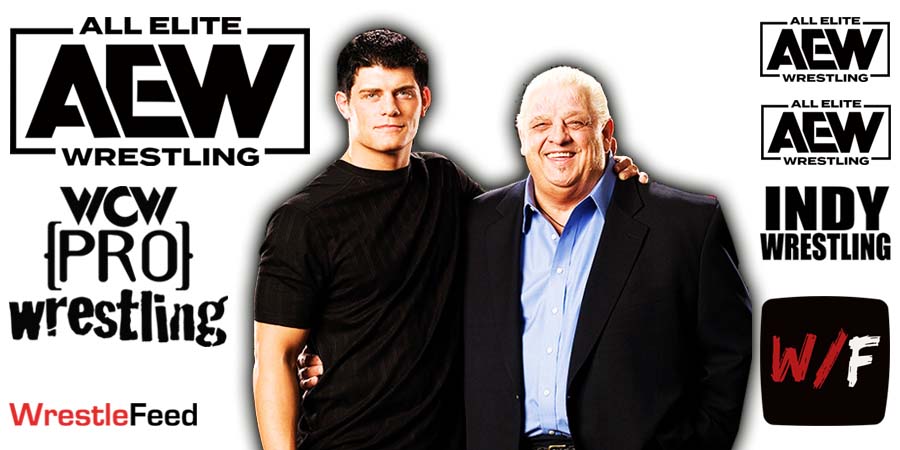 Cody Rhodes shocked the world earlier this year by leaving AEW, a company that he helped start.

He then returned to WWE after 6 years and his #1 goal is to win the WWE Championship – something that his father Dusty Rhodes couldn’t do. He wants to win the gold for The American Dream.

On RAW after WrestleMania 38, Cody showed a photo of Dusty holding the WWWF World Heavyweight Championship belt in 1977 after winning the title match, but he actually didn’t win the Title because he won via count-out.

During an appearance on the Out Of Character podcast, Cody revealed that AEW Manager Dan Lambert gifted him that WWWF Championship belt, which resulted in him making up his mind about returning to WWE.

“Dan Lambert handed me the WWWF Championship, he handed me the Title that my dad is holding in that picture from 1977, he handed it to me and in that moment, I felt like that decision was almost made for me.

I don’t know if he inadvertently caused this industry-changing moment but there were times when it was, this is what has to happen.

I don’t know how long the honeymoon phase will last but we’re on the beach right now and really truly enjoying it.”