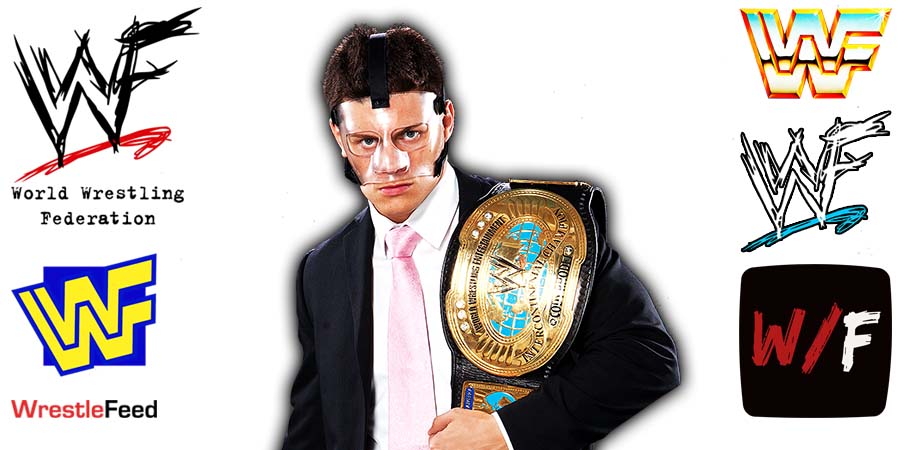 During an episode of Busted Open Radio, WWE Hall Of Famer Bubba Ray Dudley gave an advice to Cody Rhodes about his promos in WWE – use simple words.

“When it comes to the younger fans – Cody has a very big vocabulary. Cody will use a lot of big words, a lot of words that we might even have to look up the dictionary just to get the definition.

I think with the WWE Universe, Cody should dumb it down a little bit. Keep it very family-friendly, kid-friendly. In AEW, an older crowd, a smarter, more sophisticated crowd may be.

Use words that the kids don’t have to ask their parents and go, ‘Hey, what does that mean?’”

It was broadcasted from the America West Arena in Phoenix, Arizona and featured matches & storyline segments on the road to the ‘WWF Backlash 2002’ PPV.

4. The Undertaker vs. Rob Van Dam