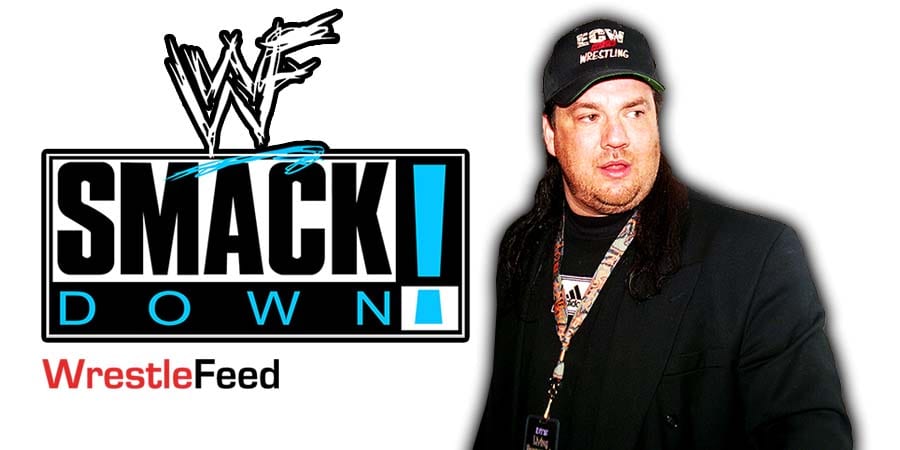 – Universal Champion Roman Reigns mocked Adam Pearce. Roman said what if his back got hurt from carrying the company he and can’t make it to Royal Rumble?

Pearce came out and “disrespected” Roman. Paul said he’s from New York and will whoop his a$$ for disrespecting Roman.

Heyman challenged Pearce to a match in the main event. Pearce accepted and it’s official.

"My back hurts because I've been carrying this damn company for YEARS now!" – @WWERomanReigns #SmackDown @HeymanHustle pic.twitter.com/GJnhyW99Lo

– Daniel Bryan said he has accomplished a lot in his career, but hasn’t won a Royal Rumble Match. Cesaro interrupted and said Bryan isn’t winning the Rumble because he is. Daniel challenged Cesaro to a match, but Cesaro turned it down since he already defeated him. Cesaro issued an Open Challenge. SmackDown Tag Team Champion Dolph Ziggler declared his entry into the Men’s Royal Rumble 2021 Match and answered Cesaro’s challenge

– The Street Profits asked Sonya Deville for a rematch against Dolph Ziggler & Robert Roode for the SmackDown Tag Team Titles. Sonya told Montez Ford to rehab his injury and return at 100% first, then they will get back in the title picture

– Paul Heyman came out for the main event and fell down and can’t compete. Heyman said ‘Card Subject to Change’, so it will now be Roman Reigns vs. Adam Pearce. Kevin Owens came out and brawled with Roman. Owens delivered Stunners to Reigns and then hit a Pop-Up Powerbomb through the announce table to end the show

It was broadcasted from the the Caesar’s Palace in Las Vegas, Nevada and featured matches, interviews & storyline segments on the road to the ‘WCW SuperBrawl VI’ PPV.

4. Hulk Hogan vs. One Man Gang