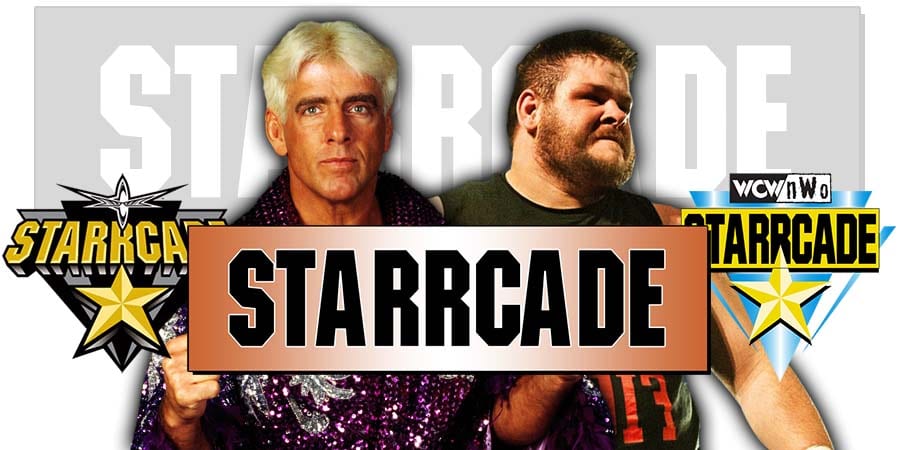 Below are the results from tonight’s televised part of Starrcade 2019 Live Event:

– The event kicks off with a Kevin Owens Show segment with WWE Hall of Famer Ric Flair as the special guest. Ric says 36 years have passed since the first Starrcade show and praises Harley Race & Dusty Rhodes as great guys he got to face back in the day.

#WWEStarrcade is off to an EXCITING start as @FightOwensFight & @RicFlairNatrBoy show appreciation for each other with a big WOOOOOOOOO! pic.twitter.com/QYzIFZp0yF

The Best Tag Team In The World, The O.C. (Luke Gallows & Karl Anderson), interrupt and say that no one cares about Ric’s past. This leads to The Street Profits coming out and setting up a tag team match.

– The Street Profits def. The O.C.

– Kevin Owens comes out and challenges Lashley to a match

– Bobby Lashley def. Kevin Owens via DQ after Rusev appeared and attacked Lashley. Starrcade went off the air with Lashley retreating and Rusev leaving through the crowd.

The WWE Network was facing some technical issues during this event, so WWE aired the final two televised matches on YouTube.