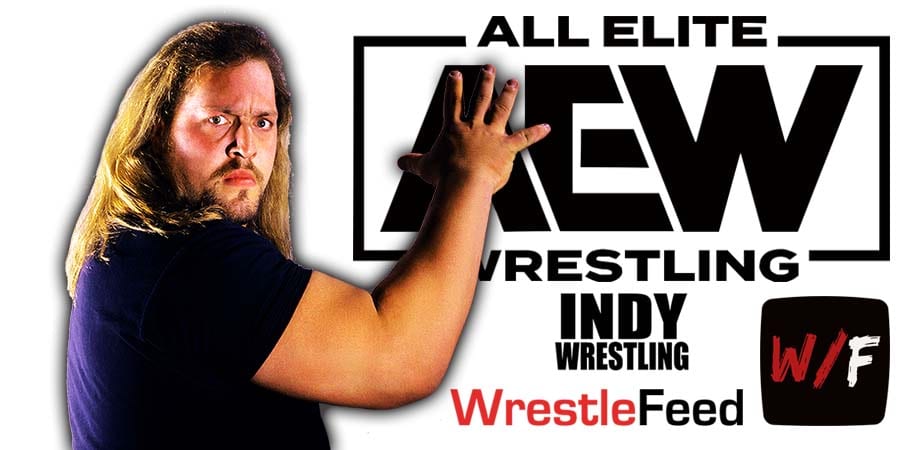 – Dynamite kicked off with a tribute graphic for “Beautiful” Bobby Eaton, who recently passed away.

– The Elite def. Dante Martin & Sydal Brothers (After the match, Christian Cage & Jurassic Express came out. Christian said he has been granted a match against Kenny Omega for the Impact World Title on the debut episode of AEW Rampage)

The world premiere of #AEWRampage just got BIGGER! @KennyOmegamanX defends the @IMPACTWRESTLING World Title against @Christian4Peeps THIS FRIDAY at 10/9c LIVE on @tntdrama!

Tune in NOW to @tntdrama for #AEWDynamite LIVE! pic.twitter.com/rdXS2skfnz

– Malakai Black said that he made good on what he promised. Malakai claimed Cody Rhodes has one foot in the grave and asked Cody where he wants to plant the other one.

Malakai said that he will make the rest of the AEW locker room so desolate that all they will be able to do is talk to shadows and realize they have been arguing with God.

– Miro (c) vs. Fuego Del Sol for the TNT Championship is announced for the debut episode of AEW Rampage. If Fuego wins, he will be signed to an AEW Contract.

Tune in NOW to #AEWDynamite LIVE on @tntdrama! pic.twitter.com/GlmOo42riP

– PAC told the Lucha Bros that he will take care of Andrade El Idolo, and wants them to focus on capturing the AEW World Tag Team Titles. Andrade accepted PAC’s challenge and the match has been made official for All Out.

– AEW Women’s World Champion Britt Baker and Red Velvet came face-to-face. Britt said she accomplished her dreams and brought hope to her city. Britt Baker vs. Red Velvet for the AEW Women’s Title is announced for the Main Event of the debut episode of AEW Rampage.

You mess with @tonyschiavone24 and his family, you deal with his #AEWDarkElevation broadcast partner, @PaulWight. #TheFactory found out the hard way.

Tune in NOW to #AEWDynamite LIVE on @tntdrama! pic.twitter.com/0IgUXzPgpl

– Chris Jericho def. Wardlow after hitting him with his Bat (After the match, MJF made Jericho tap out and announced that they will face off next week, and Jericho can’t come out to Judas, and can’t use the Judas Effect)