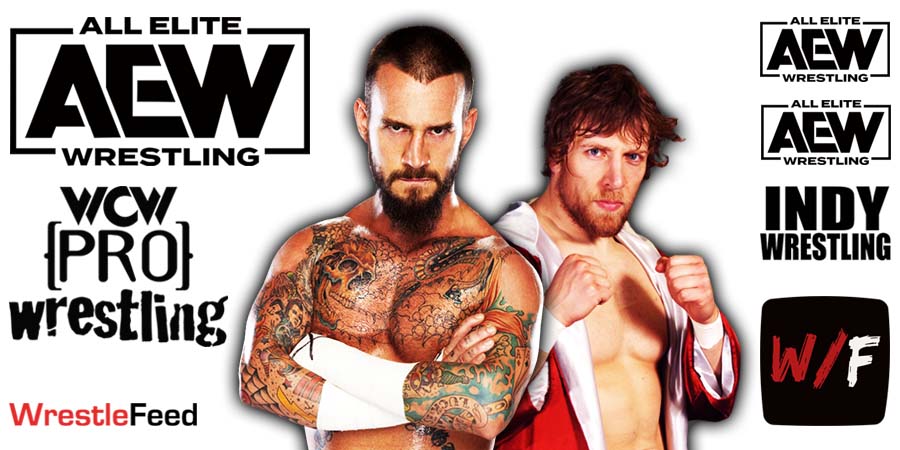 AEW Dynamite kicked off 2022 by shifting to TBS tonight. Below are the complete results:

AND STILL #AEW WORLD CHAMPION @theadampage! What. A. Fight.#AEWDynamite is LIVE on @TBSNetwork right now! pic.twitter.com/N2x0lutuFN

– Shawn Dean def. MJF via DQ after CM Punk came out and hit Shawn with a GTS

After the match, Punk said each time MJF has a match, he will cost MJF the win until MJF faces him. MJF said without him Punk would be irrelevant, and threatens to leave and main event a WrestleMania if he’s not shown the proper respect from Punk and AEW.

Punk told MJF if he thinks the grass is greener on the other side go give it a shot and maybe he can main event Night 4 of buy one get one free extravaganza and then get released.

MJF told Punk if he wants a match so bad, he can face Wardlow. CM Punk vs. Wardlow will take place on next week’s Dynamite.

And now @The_MJF and @CMPunk exchange some heated words. Tune into #AEWDynamite LIVE on @TBSNetwork! pic.twitter.com/mYkj1oRwvt

– Adam Cole issued a challenge to Jake Atlas to face him on Rampage.

– Daniel Garcia & 2.0 attacked Chris Jericho, but Eddie Kingston, Santana & Ortiz made the save.

From 12 women down to 1 winner – @Jade_cargill is your first TBS Champion here on this historic night!#AEWDynamite is LIVE on @TBSNetwork right now! pic.twitter.com/QUO7PcfggS

It was all heart and no quit, and now @boy_myth_legend and @luchasaurus are your new #AEW World Tag Team Champions! What a historic night here at #AEWDynamite on @TBSNetwork! pic.twitter.com/lsHyX8wOnP