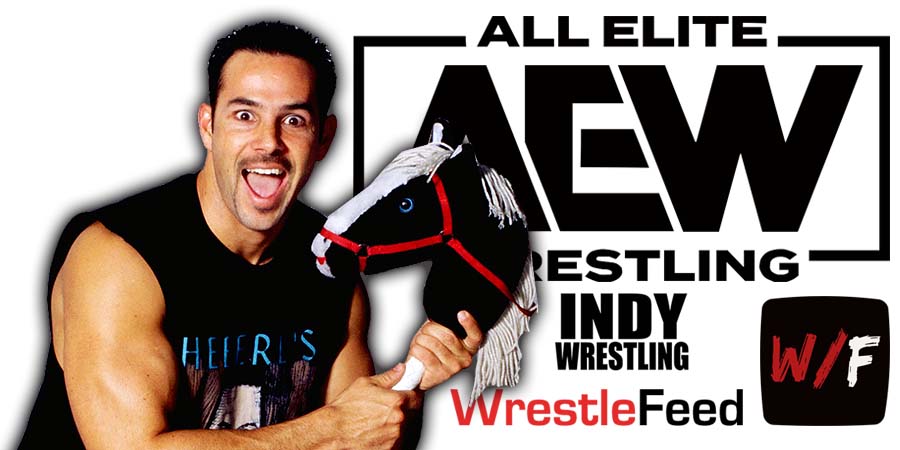 (After the match, Andrade attacked Chavo for helping him when he didn’t need it. Death Triangle then beat down Chavo)

This is not the way @mexwarrior expected his Friday night to turn out after helping @AndradeElIdolo win – Tune in to @tntdrama NOW to watch #AEWRampage pic.twitter.com/Nof9YfeLAO

– Darby Allin called Shawn Spears a generic piece of sh*t that would be nothing without The Pinnacle. Sting called out Tully Blanchard for riding the coattails of Ric Flair & Arn Anderson. Shawn ambushed Darby and left.

– Adam Cole said he trusts Kenny Omega & Young Bucks with his life. With him in The Elite, they’re unstoppable and will mop the floor against anyone.

– Bryan Danielson said he wants a match against Kenny Omega. If Omega is scared to accept his challenge, he will gladly face another hungry talent.

– Brian Pillman Jr. def. Max Caster (After the match, The Acclaimed jumped Pillman Jr, but Jon Moxley made the save. Rampage ended with Moxley & Pillman Jr. celebrating in their hometown)

9. Mean Gene interviews Macho Man & Elizabeth by the pool at their home

13. Footage of the Hulk Hogan vs. Paul Orndorff feud