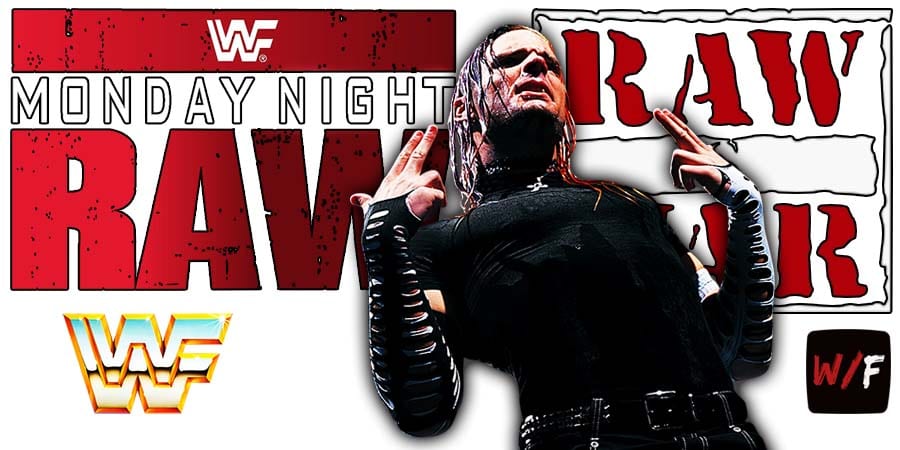 – RAW kicked off with Alexa Bliss saying that Lilly has been punished after what she did to Shayna Baszler last week.

Nia Jax interrupted and told Alexa that Shayna will see her at Hell In A Cell 2021. Nia said she knows the real Alexa as they used to be friends. Alexa said that she & Nia were never friends. Nia told Alexa to face her later tonight.

– Nikki Cross def. Charlotte Flair via count-out (After the match, Charlotte attacked Nikki. RAW Women’s Champion Rhea Ripley made the save and took out Charlotte)

– John Morrison def. Jeff Hardy (After the match, Cedric Alexander said Jeff is lucky that he didn’t put him in a retirement home last week. Jeff challenged Cedric to a match and said if Cedric beats him he’ll retire tonight)

– Piper Niven def. Naomi (Eva Marie was scheduled to wrestler Naomi, but Piper Niven from NXT UK ended up replacing her. Eva announced herself as the winner after the match)

– RAW Women’s Champion Rhea Ripley def. Asuka (After the match, Charlotte Flair attacked Rhea. They brawled and had to be separated)

– Alexa Bliss def. Nia Jax via DQ after Reginald interfered (After the match, Alexa & Reginald stared at each other, and Alexa hypnotized him. Nia rushed at Alexa and ended the hypnosis)

The Hart Foundation vs. Scrubs

The Flower Shop with The British Bulldogs