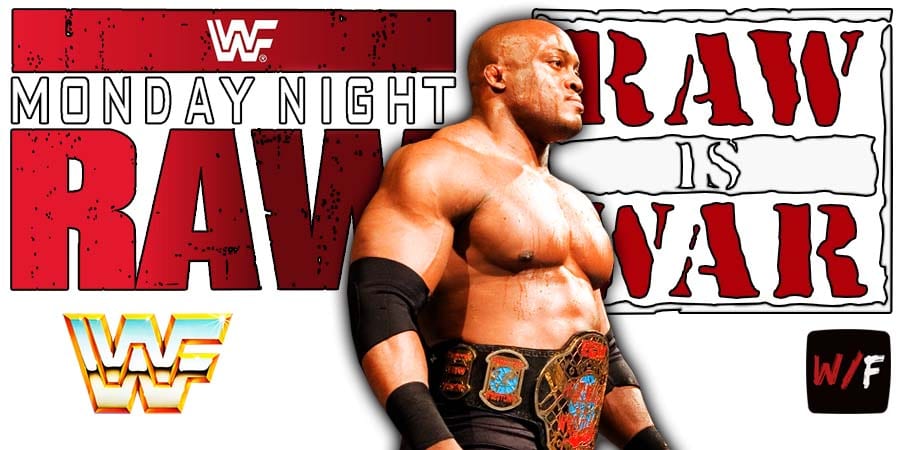 • Complete Results From Tonight’s Final RAW From The WWE ThunderDome

– RAW kicked off with a tribute to “Mr. Wonderful” Paul Orndorff

– Jinder Mahal showed that Veer and Shanky got Drew McIntyre’s family sword refinished, and then broke it. Drew was backstage and revealed that it was just a replica sword. Drew then destroyed Jinder’s motorcycle.

– United States Champion Sheamus attacked Humberto Carrillo and had a staredown with Damian Priest as he left.

– Sheamus (c) def. Humberto Carrillo to retain the United States Championship (After the match, Sheamus continued to attack Humberto, but Damian Priest made the save)

– MVP called WWE Champion Bobby Lashley for The VIP Lounge. Lashley doesn’t come out at first, but eventually does. Lashley said MVP has done enough, and thinks Kofi Kingston may be right about MVP making him weak. Lashley said he appreciates what MVP has done for him, but this bullsh*t needs to stop now.
Lashley destroyed the VIP Lounge and sent a warning to Kofi to end RAW.

3. Tatanka vs. The Brooklyn Brawler