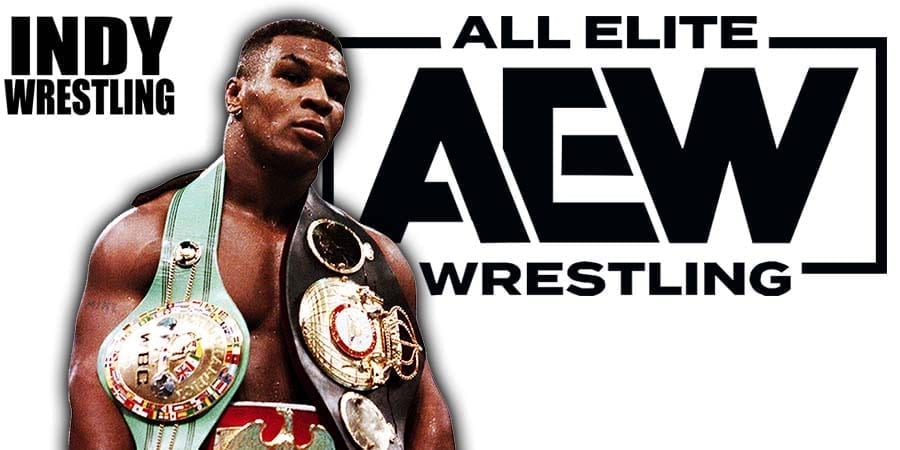 All Elite Wrestling aired a LIVE episode of AEW Rampage tonight. Below are the results:

– Chris Jericho accepted Bryan Danielson & Claudio Castagnoli’s challenge, and said he will add Sammy Guevara to the match and make it a Fatal 4-Way Match for the ROH World Title. Jericho said when it’s just him and Sammy in the ring, Sammy will do the right thing.

– Ricky Starks announced that he will enter the AEW World Title Eliminator Tournament. Starks said he will be the guy who will hold AEW up on his bare back and will become the #1 contender for the World Championship at Full Gear and go on and dethrone Jon Moxley or MJF at AEW Dynamite: Winter Is Coming.

Below is the complete bracket for this tournament:

After the match, Powerhouse Hobbs came out and challenged Wardlow for the TNT Title at Full Gear.

On this day in 1989, the World Wrestling Federation aired an episode of their weekly TV show ‘WWF Wrestling Spotlight’.

This episode was hosted by Sensational Sherri & Vince McMahon and included matches, promos & storyline segments on the road to the ‘WWF Survivor Series 1989’ PPV.

Demolition vs The Brain Busters

The Colossal Connection vs. Jobbers