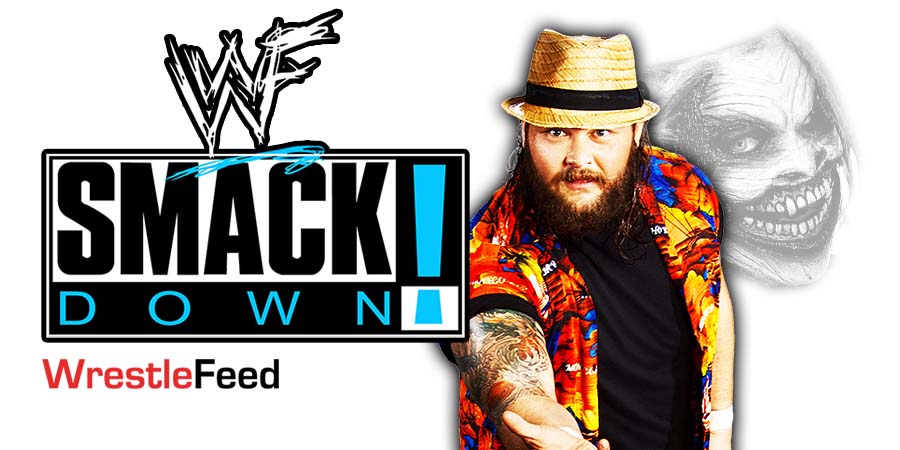 WWE taped tonight’s SmackDown last Friday because the WWE crew is in Saudi Arabia right now for Crown Jewel. Below are the results:

– Liv Morgan def. Sonya Deville in a No DQ Match

– Bray Wyatt said he hates himself right now and can’t handle himself. A backstage worker interrupted and Bray got angry at him and demanded that he look him in the eyes and apologize.

– The Usos said that they will retain the Undisputed WWE Tag Team Titles at Crown Jewel and will go on to become the longest reigning Tag Team Champions in WWE history.

The New Day interrupted and told The Usos that they must protect their record and claimed that they got the next shot for the Tag Team Titles.

Butch & Ridge Holland came out and attacked The Usos. The New Day joined Butch & Ridge on the attack, but Sami Zayn & Solo Sikoa made the save.

After the match, Shayna hit Natalya with a knee to the face and busted open Natalya’s nose.

After the match, Strowman hit MVP with 3 Running Powerslams.

It was broadcasted from the Savvis Center in St. Louis, Missouri and featured pre-taped matches, interviews & storyline segments on the road to the ‘WWE Survivor Series 2004’ PPV.