– Elektra Lopez def. B Fab in a No DQ Match to kick off tonight’s NXT

– Joe Gacy said he made an impact last week, and hasn’t been canceled. He claimed that he made a bigger impact than Tommaso Ciampa, Roderick Strong & Bron Breakker with just his words. Joe said he went backstage and saw nothing but triggered faces, and wants to change the world to a new normal.

– Dexter Lumis & Indi Hartwell went on their Honeymoon. Johnny Gargano pretended to be a shark and spied on them.

– NXT Tag Team Champions MSK question who their next challengers will be. Grizzled Young Veterans, Carmelo Hayes, Trick Williams, Josh Briggs & Brooks Jensen came out and all want a shot at the NXT Tag Team Titles. Everyone got into a brawl with MSK standing tall.

– Mandy Rose told Raquel Gonzalez that the NXT Women’s Championship would look a lot better on her.

– Tommaso Ciampa said it took him 908 days to get the NXT Title – that he never lost – back, and that nobody has beaten him for it before and nobody will be doing it now.

– Johnny Gargano continued to spy on Dexter Lumis & Indi Hartwell and hid in their room. Dexter & Indi have a pillow fight, but it sounded like they were having $ex. As Johnny left the room, Dexter noticed him and gave him a thumbs up and showed that he has a lot of condoms. 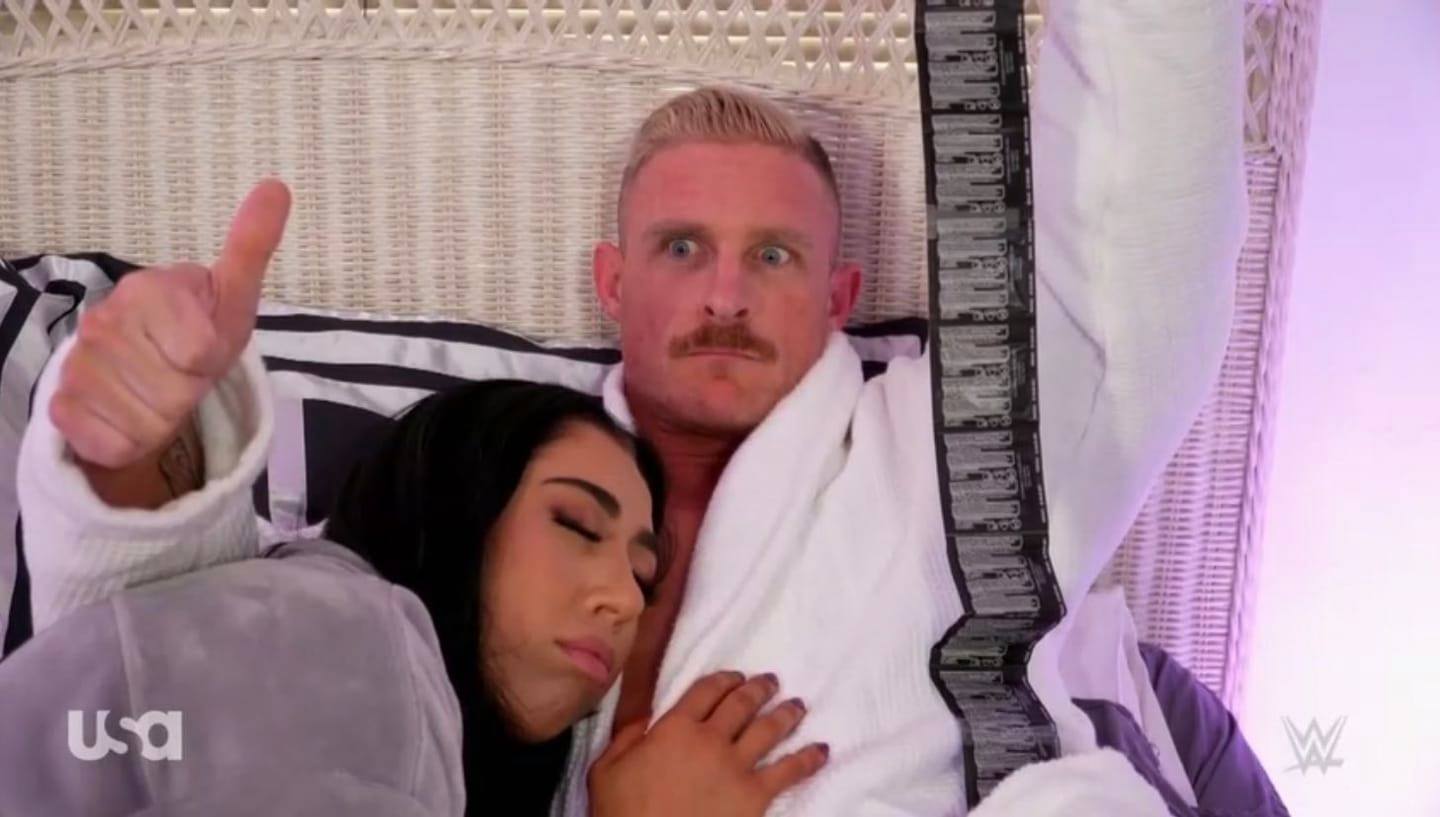 – Kyle O’Reilly def. Ridge Holland (Ridge & Pete Dunne attacked Kyle after the match, but Von Wagner made the save)