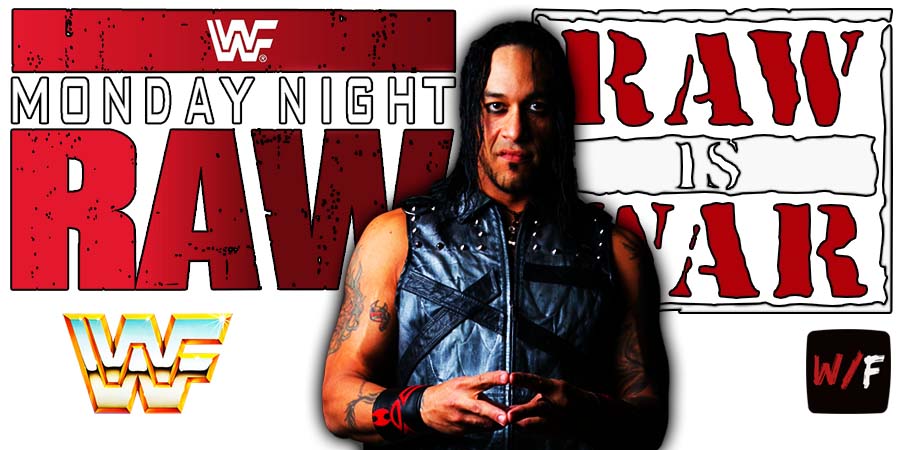 – RAW kicked off with Damian Priest issuing an Open Challenge for the United States Championship. Sheamus came out and wants to accept the challenge. Drew McIntyre came out and said he wants something fresh, and pointed out he’s never won the US Title.

WWE Champion Bobby Lashley & MVP came out. MVP said Lashley wants to be a Double Champion and should be the challenger.

RAW Tag Team Champions RK-Bro (Randy Orton & Riddle) came out next and they say Lashley is getting greedy. Lashley threatened to take their RAW Tag Team Titles. Riddle proposed a match between RK-Bro and Lashley & MVP for the RAW Tag Team Titles and it’s made official for later tonight.

Adam Pearce & Sonya Deville came out. Pearce announced that it will be Damian Priest vs. Sheamus vs. Drew McIntyre in a Triple Threat Match for the United States Championship.

– R-Truth & Akira Tozawa (dressed as a puppy) tried to pin 24/7 Champion Reggie, but he got away.