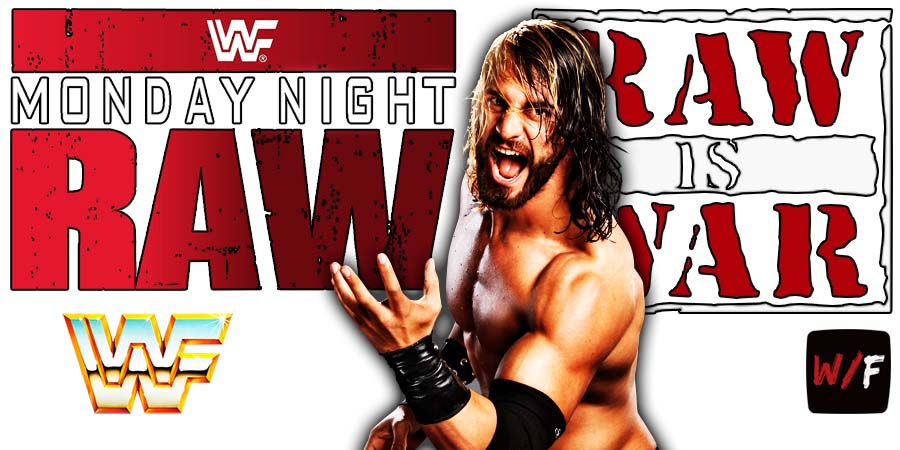 – Tonight’s Season Premiere of RAW kicked off with WWE Champion Big E coming to the ring.

Big E said his New Day brother Xavier Woods did what he always wanted and became King of the Ring. Big E said Drew McIntyre gave him a fight at Crown Jewel and he came out on top. Big E noted that there’s new faces on RAW now and wants to know what’s next for him.

Seth Rollins, Rey Mysterio, Finn Balor & Kevin Owens interrupted and they all want to be Big E’s next challenger for the WWE Championship. A brawl broke out after Owens called Rollins Cruella Deville.

Sonya Deville came out and announced they will compete in a Fatal 4 Way Ladder Match and the winner will be Big E’s next challenger for the WWE Championship.

– Zelina Vega said she’s the rightful Queen of WWE and will be referred to as Queen Zelina. She started talking in a British accent and told everyone to bow to her.

– Queen Zelina def. Doudrop after hitting her with the scepter

Becky told Bianca that while she was gone Bianca kept winning, but since she’s been back it’s been nothing but failure for her. Bianca told Becky that without the Title she’s still the EST of WWE and wants a shot at the Title tonight.

Becky called Bianca a b*tch and told her to get to the back of the line. They get into a brawl. Becky said if Bianca wants another chance she can have it, just not tonight.