– Bobby Lashley & MVP kicked off tonight’s RAW. MVP demanded that Lashley should be added to the WWE Championship match at the Day 1 PPV.

WWE Champion Big E then came out and reminded everyone that he beat Lashley to become the champion, beat him in a Steel Cage match and has no problem in beating him again.

Adam Pearce & Sonya Deville then came out and announced that if Lashley can defeat Big E, Rollins & Owens in 3 different singles matches tonight, then he’ll get added to the WWE Championship match at Day 1.

– Otis def. RAW Tag Team Champion Riddle (After the match, Randy Orton RKOed Chad Gable, but then got laid out by Otis)

– Olympic Gold Medalist & future WWE Superstar Gable Steveson was at ringside and was greeted by Bobby Lashley and MVP.

– Bobby Lashley def. Kevin Owens via Submission (Owens tapped out before Lashley fully locked in the Hurt Lock, to avoid any damage before WWE Day 1. Seth Rollins complained to Sonya Deville about Owens not even trying to get out of the Hurt Lock)

– RAW Women’s Champion Becky Lynch came out and bragged about her win over Liv Morgan from last week. Becky then ripped the fans for turning on her. Liv Morgan then came out and said Becky is the only person that doubts her, and called her out for cheating to win last week.

Liv challenged Becky to a Title rematch at Day 1. Becky said Liv could’ve used her trick to win last week, but like usual – she did nothing. Liv then ran into the ring to brawl with Becky. Becky trapped Liv’s arm in the steel ring steps and injured her.

– In a backstage interview, AJ Styles said he wants to see Omos succeed. Omos then approached AJ and they’re good. AJ isn’t giving up on this tag team.

– 24/7 Champion Dana Brooke and Reggie were hanging out outside and they set up a date. R-Truth and Akira Tozawa then showed up to take the Title, but Reggie stopped them. Tamina also showed up, but Dana fought her off and escaped with the Title.

– Seth Rollins def. Bobby Lashley via DQ (Kevin Owens attacked Rollins intentionally to cause the DQ, so Rollins wins and Lashley doesn’t get added to the WWE Title match. However, Adam Pearce & Sonya Deville restarted the match and it’ll be a No DQ match)

– Bobby Lashley def. Seth Rollins in a No DQ match

– While Vince McMahon was talking to Apollo Crews & Commander Azeez in his office, Austin Theory barged in and began showing the selfies he took with a fallen down Finn Balor. Vince wasn’t impressed and told him to shut up. Vince said he’s not his friend.

– On MizTV, The Miz said he wants to be inducted into the WWE Hall Of Fame in 2022 and aired a video for his induction. The Miz and Maryse then raised a toast as Miz plans to retire Edge permanently at WWE Day 1. 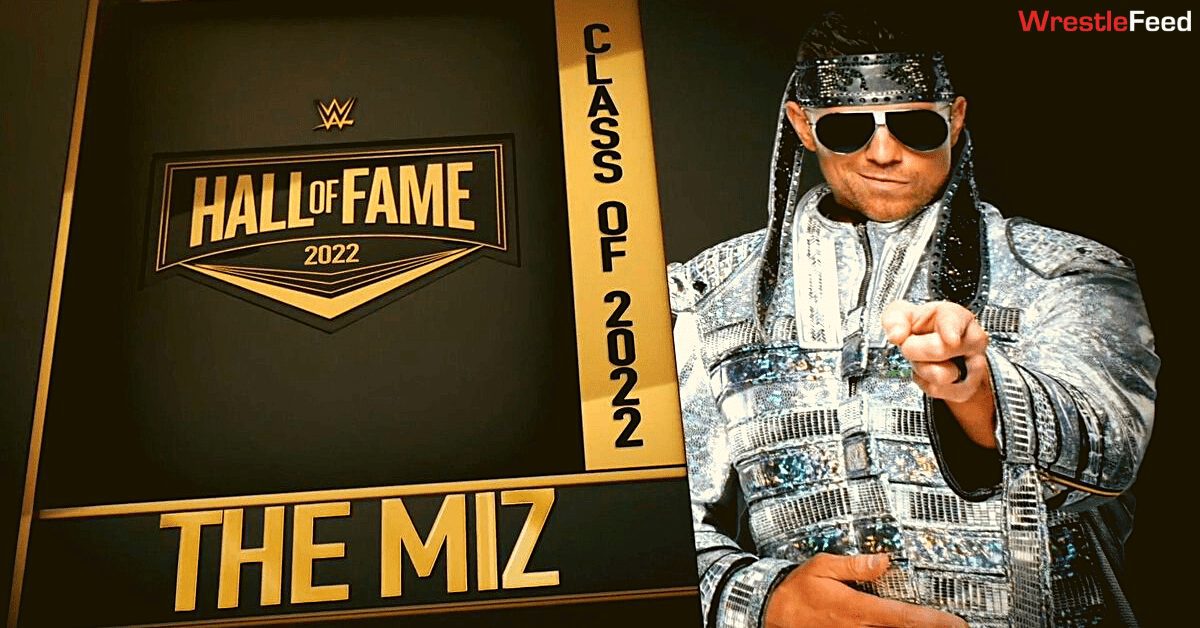 Edge came out and said he’s going to teach Miz a lesson at Day 1. The Miz then attacked Edge. Edge hit a DDT and went for the Spear, but Miz brought Maryse in the middle. Edge stopped and Miz kicked Edge in the face, and then delivered the Skull Crushing Finale.

Maryse wasn’t happy that Miz used his wife as a human shield and slapped him.

– Bobby Lashley def. WWE Champion Big E in a No DQ Match (Seth Rollins & Kevin Owens interfered in the match to attack Lashley. Big E went on to put Owens through a Table on the outside, while Lashley speared Rollins through a Table set up in the ring. MVP then attacked Big E and Lashley took advantage of this to defeat Big E. Lashley has now been added to the WWE Championship match at the Day 1 PPV, making it a Fatal 4-Way match)