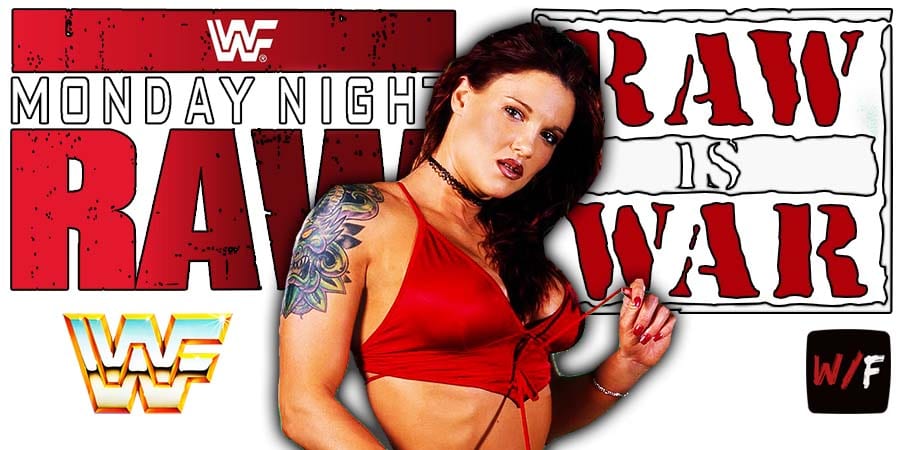 – MVP said Bobby Lashley will leave the Elimination Chamber premium live event as the WWE Champion, just like he did at the Royal Rumble. Lashley said he’s a better WWE Champion than Brock ever was and hopes it comes down to him and Brock in the Chamber, so he can pin him for a 2nd time, then go on to WrestleMania to defend his Title again.

– Alexa Bliss went back to therapy. Her Therapist asked for the Lily replica doll back. Alexa returned it and began to cry.

– The Miz held a Miz TV segment with The Mysterios. Rey Mysterio said Miz is a cheater and only beat Dominik last week due to him cheating. Miz is upset that Rey was given a chance to compete in a qualification match for the WWE Championship Elimination Chamber match instead of him and is the cover star of the WWE 2K22 video game. Miz pointed out that Dominik is taller than Rey and asked if he’s sure he’s not Eddie Guerrero’s kid.

– RAW Women’s Champion Becky Lynch & WWE Hall Of Famer Lita came face-to-face. Becky attacked Lita, but Lita fought her off and hit a Twist of Fate and a Moonsault.

– Riddle def. Seth Rollins via DQ after Kevin Owens attacked Riddle (Randy Orton then made the save for Riddle and took out Owens with an RKO. This turned into a Tag Team Match)

It was pre-taped at the Tucson Convention Center in Tucson, Arizona and featured matches, interviews & storyline segments on the road to the ‘WWF In Your House 27: St. Valentine’s Day Massacre’ PPV.