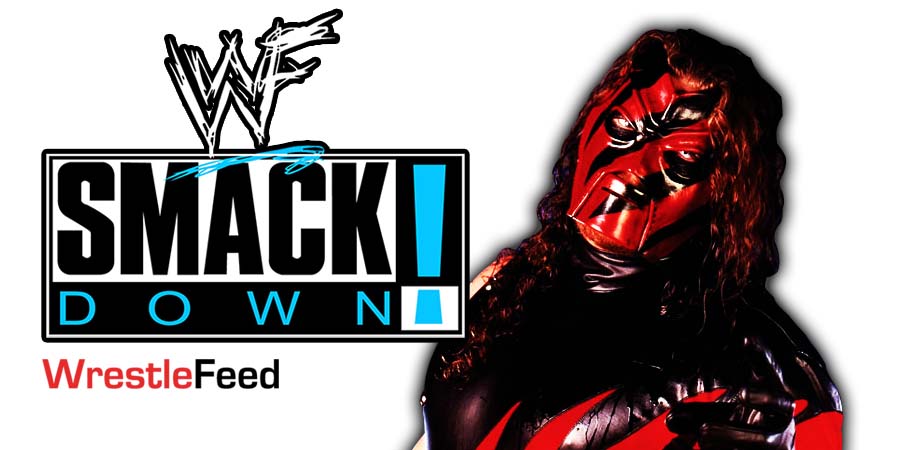 Paul Heyman said Finn Balor fears Roman Reigns so much he had to bring out his inner demon. Paul claimed in all the time he’s known Brock Lesnar he’s never seen fear in his eyes until last week.

Big E then came out and celebrated his WWE Championship win.

– Roman Reigns asked Paul Heyman if Brock Lesnar will be at Extreme Rules. Heyman claimed he’s under the impression that Brock won’t be as he believes Brock fears Roman. Roman told Paul that he doesn’t pay him to be under the impression, he pays him to know in advance.

– Rick Boogs def. Robert Roode (After the match, Apollo Crews & Commander Azeez attacked Shisuke Nakamura & Boogs. Apollo said Nakamura has made a mockery of the Intercontinental Title, and wants a rematch for the Title)

– Kevin Owens was scheduled to face Happy Corbin, but Corbin attacked Owens while he was making his entrance.

– Paul Heyman told Big E it’s a good thing he cashed-in on Bobby Lashley, as he wouldn’t have stood a chance against Roman Reigns.

Big E told Heyman that he will see Roman at Survivor Series, if he makes it that long as Champion. The Usos attacked Big E while Roman watched.

The New Day vs. The Bloodline will take place on next week’s RAW.

– Seth Rollins said what happened to Edge at the end of their match last week was scary. Seth said he heard a crunch when he stomped on Edge’s neck, and it was like stepping on a roach.

Seth said it was one of the greatest wins in his career, and everyone was asking him if he went too far. Seth claimed he used a legal move that he won many matches with so no one is to blame but Edge and the fans.

Seth claimed he’s not done with Edge yet, and asked Edge if he will be able to compete again. Seth proposed a tie breaker match between them.

– Finn Balor told the story of The Demon and then transformed into it.

– Naomi told Sonya Deville to quit playing games with her and give her a match already. Sonya stated that there’s not that much time left, and told her to ask her again next week.

Naomi told Sonya she’s a 2-time Women’s Champion, and has accomplished more than Sonya ever will. Naomi said she won’t stop until she gets her match. Sonya then fined Naomi for insubordination.

– WWE Hall Of Famer Kane (Mayor of Knox County) made an appearance during Bianca Belair’s homecoming celebration. Kane presented Bianca with a key to the county. Kane said after Bianca wins at Extreme Rules they will throw her a parade.

A brawl then broke out, where Becky laid out Bianca to end the show.

THAT'S GOTTA BE… THAT'S GOTTA BE @KaneWWE!!!@BiancaBelairWWE's homecoming celebration is NEXT on #SmackDown! pic.twitter.com/D6s5NyrBYt

At WCW SuperBrawl III, he wrestled “The British Bulldog” Davey Boy Smith in one of his sporadic appearances for Ted Turner’s World Championship Wrestling.

In the summer of 1996, Irwin joined the World Wrestling Federation and became known as The Goon, an ice hockey gimmick, but only lasted till early 1997.