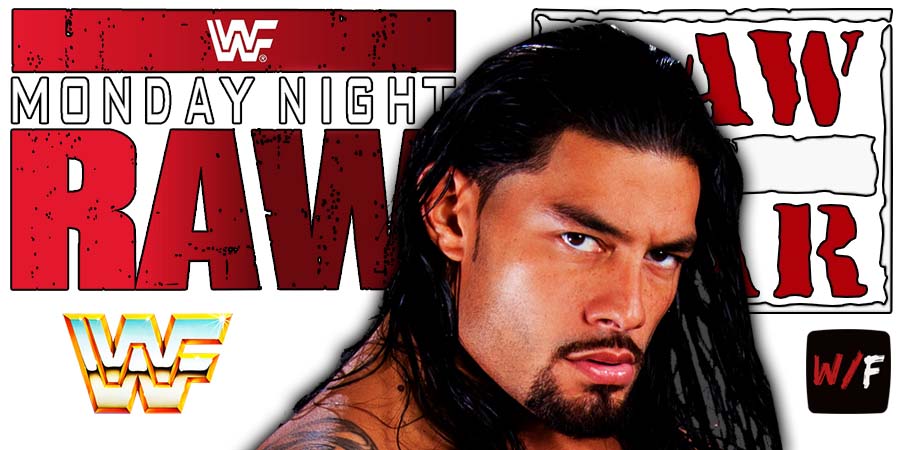 After failing to get a match against those megastars, Riddle has shifted his attention towards Universal Champion Roman Reigns.

Here’s what the current RAW Tag Team Champion said about “The Tribal Chief” during an interview with Bleacher Report:

This was in response to Roman Reigns recently claiming that he’s the reason SummerSlam 2021 was the most-watched SummerSlam in the history of WWE.

Also, another reason behind Riddle taking a shot at Reigns could be due to the possibility of RK-BRO facing Reigns’ cousins, SmackDown Tag Team Champions The Usos, in a Champions vs. Champions match at Survivor Series 2021.

During a recent interview with The International Business Times, Riddle revealed that he received backstage heat for his above stated comments.

“I’ll comment on that briefly. I’m not trying to rub anybody the wrong way or say anything [wrong], but I made some comments [and] I’ll say this: I think they were all factual, just so you know. Kind of like I said, [I am] kind of telling the truth here.

But I think, maybe, even if they were factual, they weren’t the most professional things to say, especially with me being on the RAW brand and him being on SmackDown.

I’m not even in that realm of competing with the Tribal Chief. He’s on another level at this moment. I think maybe I got a little too big for my britches, you know what I mean? Maybe I got a little backstage heat. Maybe a tiny bit.”

On this day in 2017, we lost legendary WWF Manager Bobby “The Brain” Heenan (Real name: Raymond Heenan) at the age of 72 due to organ failure.