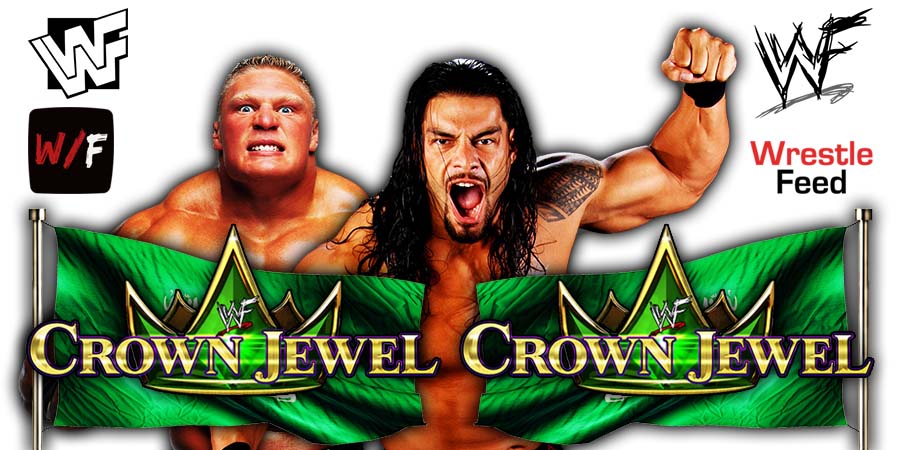 WWE has announced that Brock Lesnar will face Roman Reigns at the Crown Jewel 2021 pay-per-view in Saudi Arabia on October 21.

However, they didn’t announce this as a Universal Championship match, since Reigns could lose the Title at Extreme Rules 2021, where he will face “The Demon” Finn Balor.

Will the #UniversalTitle be on the line following Reigns’ match against #TheDemon @FinnBalor at #ExtremeRules?”

Balor commented the following under this announcement:

The Tribal Chief has now issued the following statement regarding his upcoming PPV matches:

“They line up months in advance to acknowledge their #TribalChief, Beasts and Demons included.

They line up months in advance to acknowledge their #TribalChief, Beasts and Demons included. #TopOfTheGame #Smackdown https://t.co/jwTAaSv38P

During the 90s, Del Rios made a name for himself as Spellbinder in the Memphis based United States Wrestling Association (USWA) promotion, where he wrestled for several years.

Though most Old School WWF Fans know him as Phantasio, a magician character he portrayed for the World Wrestling Federation in 1995, but the gimmick was dropped after only a few appearances.

As “Del Rios”, he also wrestled on TNA’s inaugural PPV in 2002 but wasn’t used by the company ever again.