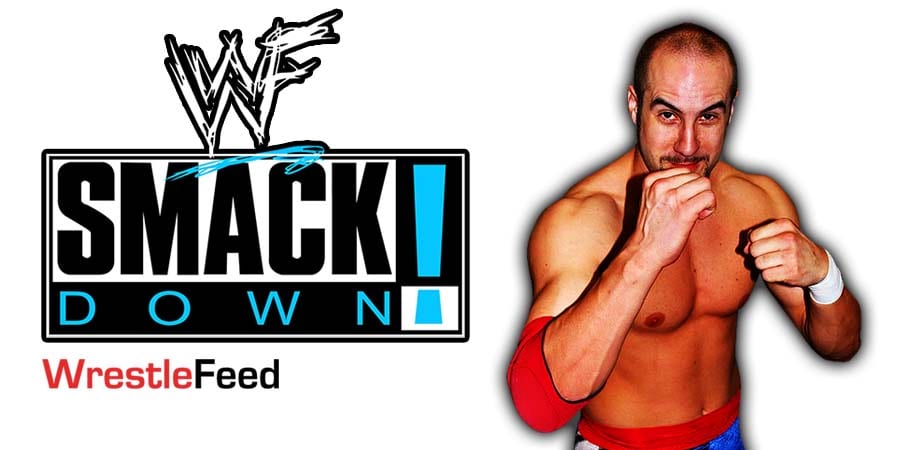 – Universal Champion Roman Reigns kicked off tonight’s SmackDown and said he stacked Edge and Daniel Bryan, and pinned both of them at WrestleMania 37. Roman claimed that no one wants to face him after seeing what he did at WrestleMania and Cesaro came out. Cesaro took a mic and Roman walked away.

– Paul Heyman said in a backstage interview that Cesaro will get what he wants tonight, and then swerved everyone by announcing Cesaro vs. Jey Uso for tonight’s main event.

– Kevin Owens def. Sami Zayn via Count-Out (Owens laid out Zayn with a Stunner after the match)

– In a backstage segment, new Intercontinental Champion Apollo Crews introduced his Nigerian Elite Bodyguard – Commander Azeez. Crews said he would give Big E his rematch for the Title, but he’s not here tonight.

– Sasha Banks was interviewed backstage and she was visibly angry after her loss in the main event of WrestleMania 37 (Night 1).

– Bayley revealed in a backstage interview with Kayla Braxton that she wants to go after the SmackDown Women’s Championship again.

– Cesaro def. Jey Uso via DQ after Seth Rollins attacked Cesaro (Rollins shouted at Cesaro that he got lucky at WrestleMania 37 and that it’s not over. SmackDown ended with Rollins screaming that he’s the “End All, Be All” of this industry)

"You got lucky one time! This isn't over! Nothing is over until I say it's over!"

After losing to @WWECesaro at #WrestleMania, @WWERollins is clearly fed up with the Swiss Cyborg! #SmackDown pic.twitter.com/akFHR0qZjF