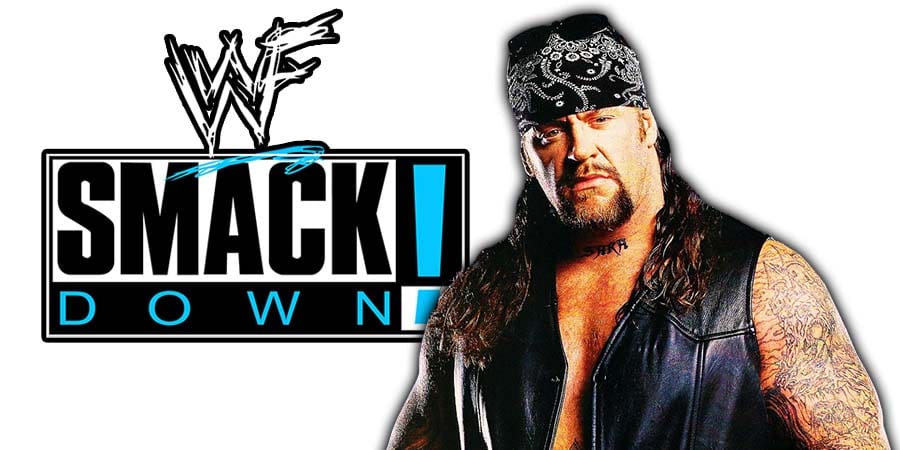 – The British Bulldogs vs. Scrubs

Below are the results from tonight’s Friday Night SmackDown:

– Tribute To The Undertaker

"He's legit one of the greatest performers of all time in any form of entertainment." – @WWERomanReigns #ThankYouTaker #SmackDown @undertaker pic.twitter.com/TUbVlXuuFo

"I think he's the biggest star in the history of the business." – @RicFlairNatrBoy #ThankYouTaker #SmackDown @undertaker pic.twitter.com/Y5v1fjg3DF

– King Corbin claims Undertaker is a selfish son of a b*tch who has been stealing money from WWE for the last 20 years, and this led to Jeff Hardy attacking him

"That's exactly what The @undertaker is… an old bag of bones." #King @BaronCorbinWWE #SmackDown pic.twitter.com/55ypxJ8d07

– Jeff Hardy says if it was up to him, the Mount Rushmore of Wrestling would be Undertaker’s face 4 times, and he won’t allow King Corbin to disrespect The Deadman

– Universal Champion Braun Strowman says he knew Bray Wyatt was the devil, so he did the devil’s work in the past and enjoyed it. Braun asks if Bray wants to return to the swamp one more time