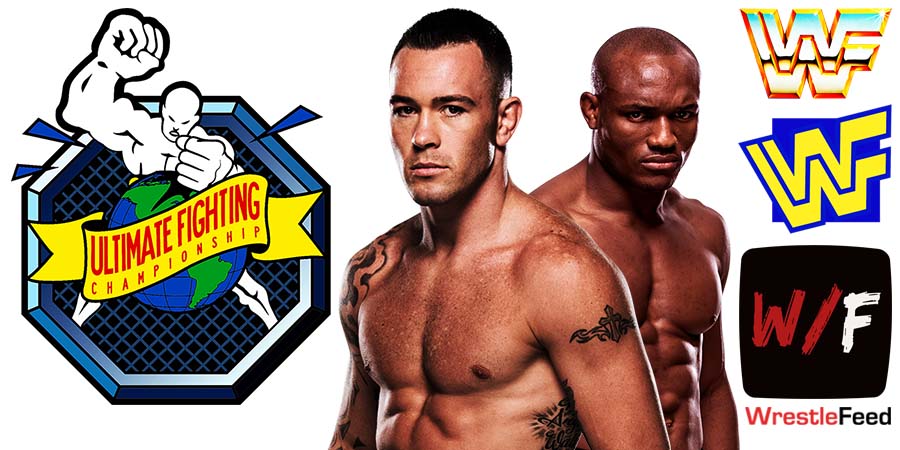 Colby came out to Kurt Angle’s theme song and received the “You Suck” chant.

In the 5th round, Usman accidentally eye poked Colby when just 30 seconds were left.

Despite heat between them, both men showed respect to each other after the fight and the crowd cheered.

Nothing but respect after 5️⃣ long rounds 👏

In the post-fight interview, Usman called Colby a tough son of a b*tch. Colby said he’s just getting started.

Below are the complete results from the main show of tonight’s UFC 268 PPV:

– Marlon Vera def. Frankie Edgar via KO (front kick) in the 3rd round of their Bantamweight (135 lbs) bout

– Kamaru Usman (c) def. Colby Covington via Decision (unanimous) in their 5 round fight to retain the UFC Welterweight (170 lbs) Championship

2. The Taskmaster vs. The Renegade