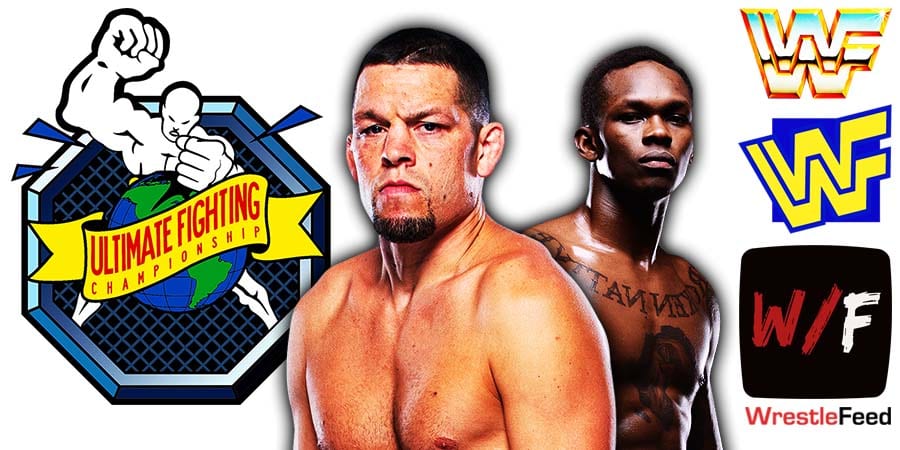 Here are the results from the main show of tonight’s UFC 263 pay-per-view:

– Brandon Moreno def. Deiveson Figueiredo (c) via Submission (rear-naked choke) in Round 3 to win the UFC Flyweight (125 Lbs) Championship (Moreno made history by becoming the 1st ever Mexican UFC Champion)

– Israel Adesanya (c) def. Marvin Vettori via Decision (unanimous) in their 5 round fight to retain the UFC Middleweight (185 Lbs) Championship

You can watch the submission finish from the Flyweight Title fight below:

You can watch Nate’s punch that almost stunned Leon below:

UFC’s next PPV, UFC 264, will take place on July 10th and the main event will be Conor McGregor vs. Dustin Poirier (their trilogy).

This episode was pre-taped at the Metro Center in Halifax, Nova Scotia, Canada and featured matches, promos & storyline segments on the road to the ‘WWF King of the Ring 1993’ PPV.

4. The Undertaker vs. PJ Walker