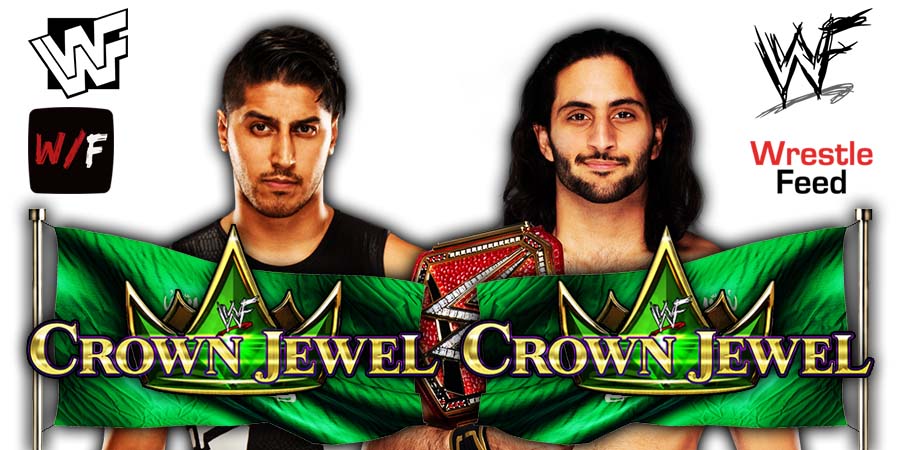 Up next is the 1st ever singles match between 2 Muslims on a WWE pay-per-view: Mustafa Ali vs. Mansoor.

This is the second match on the main PPV show. The first match was the Hell in a Cell match between Edge and Seth Rollins, where Edge won his trilogy against Rollins. Fans are calling it the match of the year.

Mansoor got a good reaction from his home country crowd.

For those who don’t know, Ali & Mansoor became a tag team earlier this year, but recently had a break up.

After back & forth action, Ali missed the 450 Splash, and then Mansoor hit an over the top rope Neckbreaker to pick up the win.

This led to a special appearance from Olympic Karateka Tareg Hamedi from Saudi Arabia (he won a silver medal at the 2020 Summer Olympics in Tokyo, Japan). He got a huge pop from the crowd.

He laid out Ali with a kick to the head. He and Mansoor then celebrated.