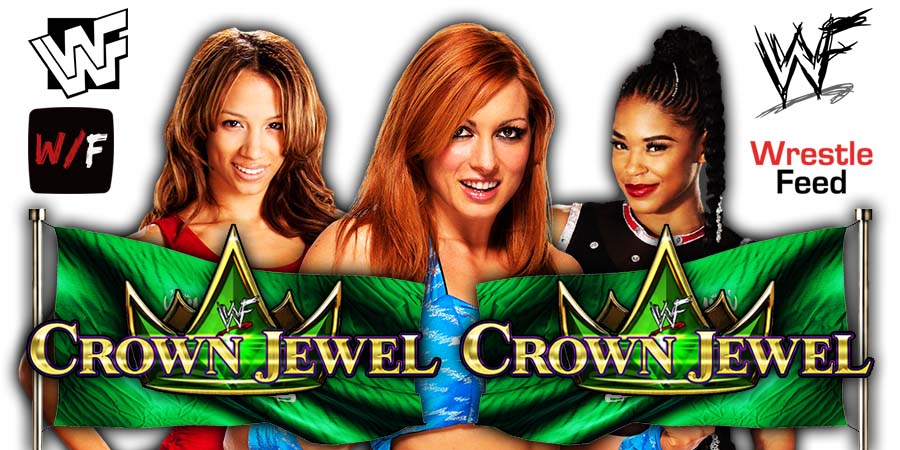 Up next is the WWE Championship match. Drew McIntyre makes his way out first, followed by the champion, Big E.

After good back & forth action, Big E hit the Big Ending on McIntyre and went for the cover, but Drew kicked out!

Big E is looking to hit a Spear through the ropes, but McIntyre comes running with a Claymore Kick! Drew goes for the cover, but Big E kicks out!

Big E counters a move from McIntyre and hits the Big Ending to pick up the win.

It’s time for the Triple Threat Match for the SmackDown Women’s Championship. The Champion, Becky Lynch, makes her way out first, followed by “The Boss” Sasha Banks and the “EST of WWE” Bianca Belair.

Bianca shows her tremendous strength in the beginning. Below is an example:

During the last few minutes, Becky hit Sasha with the Manhandle Slam (Rock Bottom) and went for the cover, but Bianca broke up the pinfall attempt.

Becky locked in the Dis-Arm-Her on Bianca. Sasha came in the ring, Becky saw her coming and she sent her down and locked in a Dis-Arm-Her on both of them at the same time, but Bianca breaks the hold.

Bianca hits Becky with the KOD, but Sasha sends Bianca out of the ring. Becky then pinned Sasha with a roll up to pick up the win!