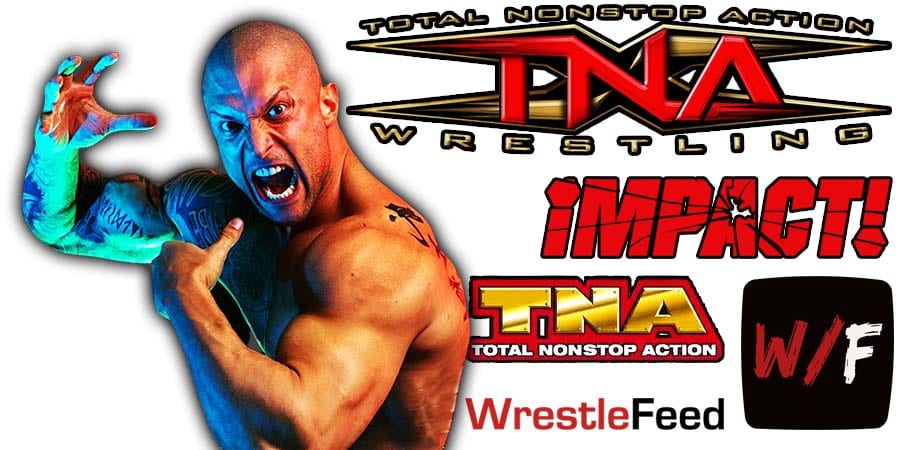 Current NXT Champion Karrion Kross was recently interviewed by Lucha Libre Online, where he revealed the reason why he left IMPACT Wrestling (where he wrestled as Killer Kross) and signed with WWE.

“It was for a variety of reasons. I’ll tell you the most important reason. To me was the fact that WWE was always the place that I wanted to be since I was a kid.

I’ll admit it, a lot of us from the independents, we hear stories. Whether they are true or not. At different points in people’s careers, sometimes they become discouraged on pursuing the ultimate goal, the ultimate dream.

So it was very important for me and for my soul to fulfil this. It’s the only job I’ve ever wanted since I was a kid. So that was the first reason.

The second reason and I’ve never said this before, but the second reason had a lot to do with the fact that so many people thought that I would be extremely successful very quickly elsewhere.

I took that as a challenge. I know they meant it as a compliment. But to be honest, and I don’t want to start swearing, but it made me very mad. I was like, why would you think that I would find so much success so quickly?

I sat in that and thought about it. I’m like no, you know what? Whether that was your intention or not, challenge accepted.

Kross will defend the NXT Championship against Adam Cole, Kyle O’Reilly, Johnny Gargano and Pete Dunne in a Fatal 5-Way match at NXT TakeOver: In Your House on June 12.

This episode was pre-taped at the Amway Arena in Orlando, Florida and featured matches & storyline segments on the road to the ‘WWE Vengeance 2007: Night of Champions’ PPV.