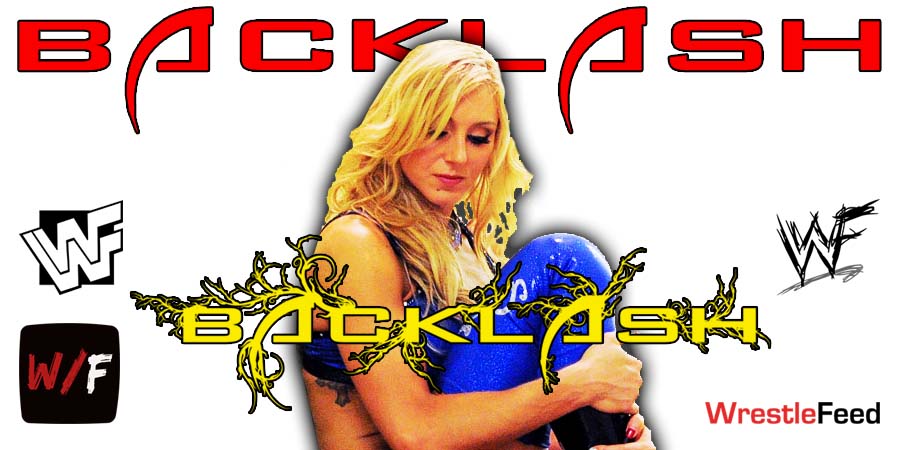 This is a storyline injury to write Charlotte off WWE programming, because Flair is scheduled to take time off from WWE TV.

Charlotte is getting married and requested time off prior to WrestleMania Backlash.

Flair recently said the following about her wedding to AEW wrestler Andrade El Idolo during an interview with BT Sport:

“We have a [wedding] date. It’s this summer in Mexico, I have my dress. I think Manny (Andrade) would be a little angry if I walked down the aisle with my Title.

He was like, ‘Mami, for the wedding, I do not want your hair to look like Charlotte.’ I was like, ‘what does that mean?’ Just less makeup, he likes the fresh face.”

According to the Wrestling Observer, Flair is scheduled to return this Summer and continue her rivalry with Ronda in hopes of getting her revenge:

“In the Rousey-Flair match, Rousey made Flair submit to an Armbar. In storyline, Flair suffered a broken radial bone (forearm fracture).

This was to explain Flair being out of action due to getting ready for her wedding with [Andrade] of AEW over Memorial Day weekend. She is scheduled to return over the summer going for revenge.”

On this day in Pro Wrestling history on May 13, 2007, Total Nonstop Action aired ‘TNA Sacrifice 2007’ LIVE on PPV from the TNA Impact! Zone at the Universal Studios in Orlando, Florida.