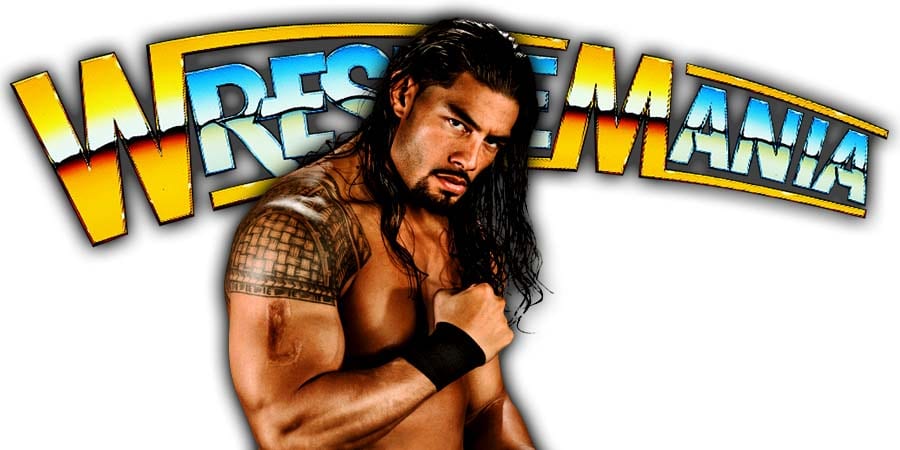 • Current Plan For The Universal Championship Match At WrestleMania 37

The road to WrestleMania 37 is set to begin soon, and WWE has started planning things more quickly for the event.

As indicated by WWE Hall Of Famer Goldberg and Universal Champion Roman Reigns’ exchange on Wednesday, it’s being reported by WrestleVotes that WWE is considering to have them face off at the Show Of Shows next year.

Reigns vs. Goldberg was set to happen at this year’s WrestleMania, but it was cancelled due to Reigns pulling out of the event due to the Coronavirus pandemic.

Goldberg’s last WWE appearance was at Night 1 of WrestleMania 36, where he lost the Universal Championship to Braun Strowman.

On the other hand, it was also noted that WWE is currently planning Drew McIntyre vs. Brock Lesnar vs. Keith Lee for the WWE Championship at WrestleMania 37.

It was noted that this is the plan that’s currently is discussion, and that nothing is confirmed as Lesnar’s appearance depends on if fans will be in attendance for WrestleMania 37 or not.

Lesnar hasn’t appeared on WWE programming since his WrestleMania 36 loss and isn’t under a WWE contract right now.

It was broadcasted from the Allen County War Memorial in Fort Wayne, Indiana and featured pre-taped matches, promos & storyline segments on the road to the ‘WWF No Holds Barred: The Match/The Movie 1989’ PPV.