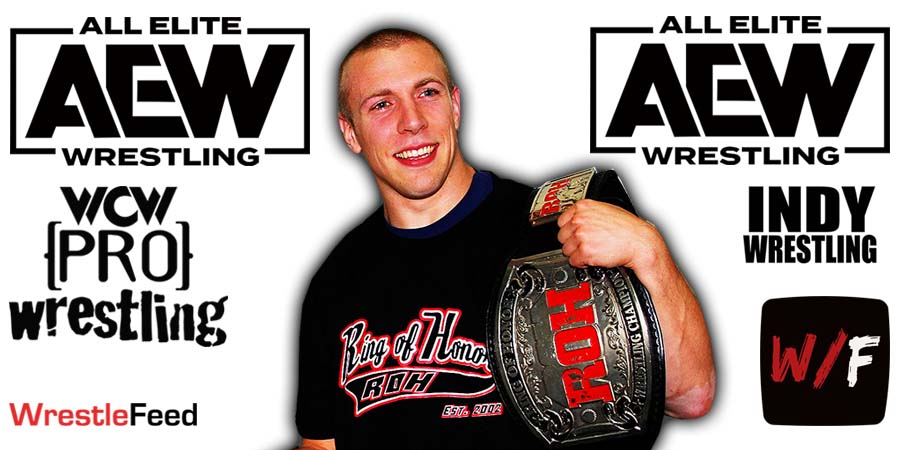 At the post-All Out media scrum, Bryan revealed that he wants to find out how good AEW wrestlers really are.

“One of the reasons why I’m here is not to see how good I am. I know I’m good. I think everybody knows I’m pretty good. And I’m not cocky about it, I’ve just been around the world and have been in the ring with the best guys and all that kind of stuff. I want to see how good these guys are because you can only see so much by watching it.

When I see Jungle Boy, when I see Darby Allin, and when I see all these people, I think, like, ‘they’re good. I wonder how good they are.’ That sort of thing excites me.

Bryan also went on to say that he doesn’t care about the business side of AEW:

“Honestly? Tony’s the businessman. I could care less about the business, as far as the business end. I want to make money so that he keeps doing this thing that is so fun for me to do.

I just feel so blessed to be able to step into this position where you have a crowd that just loves this product. You saw it tonight, every match, they’re just the best.

So for me, it’s not about, ‘oh, can we take it to this or take it to that?’ I would love to help Tony do that. But my goal is to produce excellent professional wrestling that people can watch. This is one of the things I truly believe.

It was broadcasted from Tulsa, Oklahoma and featured pre-taped matches, interviews & storyline segments on the road to the ‘WWE No Mercy 2004’ PPV.