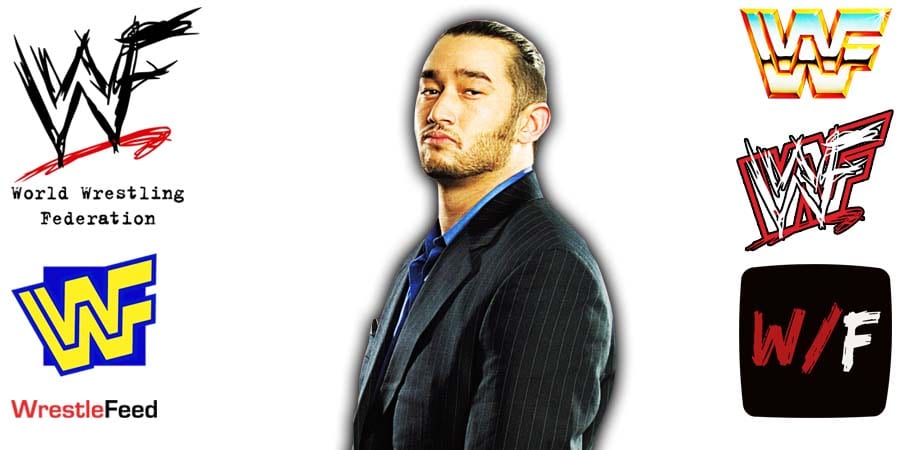 Old School WCW Veteran Jimmy Yang was recently interviewed by Lucha Libre Online, where h talked about various topics regarding his professional wrestling career and his life after retirement.

On being the youngest WCW Wrestler ever:

“It happened so fast. I’m the youngest wrestler to ever sign with WCW. I signed my first contract in June of 1999. I turned 18 in May that year. I was such a big fan of wrestling. I got signed a few months later. They take me to actually WCW Saturday Night. It wasn’t a pay-per-view, but it was a Saturday night taping. I didn’t know how to travel. I didn’t know how to check into an airport. I didn’t know how to check in at the hotel. Anything like that. There I go into the taping at Massachusetts. I see all these wrestlers. El Dandy, Villano 4 and 5. I’m like: ‘Oh look El Dandy, Villano 4 and 5’. I’m such a mark!”

On the WWF buying WCW:

“For two weeks there were rumors. Who bought it? Eric Bischoff? Whoever…But I didn’t think WWF was in a box by WCW. So, the last night, WCW Nitro was in Panama City. I’m 19 years old on spring break. So my friends came down there and they were there for the week before the show. I was a 19-year-old professional wrestler during Panama City Spring Break. Yes, I had a good time. Then finally, we go to shows.”

On meeting Shane McMahon at the last NITRO:

“I walk in and all the WWF stuff was right there. Oh, what? What happened? WWF bought WCW. We have a talent meeting. So, we all went into a room, all the talent. Shane McMahon walks in with Bruce Prichard, (Gerald) Brisco. It was like kind of a surreal moment. Like: ‘Oh, man, we just got bought by WWF. A shame’. It was just such a shock!

What was going on? I was spring break partying with my boys, I went to work, and see that WWF bought WCW. That night, I turned into a huge fan. I’m always a big fan, but like, I was watching the show, and that’s when they did the simultaneous broadcast with Shane. I’m watching from the crowd. I’d sneak out in the crowd to watch it and I was like: ‘Oh my God! This is the coolest storyline in the world. Vince McMahon versus Shane. WWF vs WCW’. I found that out that day that they took my contract.”

On the emotions backstage at the last NITRO:

“I’m like, ‘Oh, I will be part of this. This is awesome!’ But then, after the show ended, things got real sad afterwards. With me being so young, and not understanding what’s going on. A lot of people lose their jobs that night. So after the show was over, I walked back and there are a lot of people, you know, crying and hugging.”

On his daughter joining the NWA:

“I’m going to give you a little secret. Me, and Jazzy Yang (his daughter) just had a meeting with Mickie James. There’s something happening at the end of August with the company. A history moment for the company. Make sure you stay tuned, and check Jazzy Yang.”

Jimmy Yang ended up being released from his WWF developmental contract in early 2002 before he even had his first WWF match, but after a few months in NWA Total Nonstop Action (NWA-TNA) as a member of The Flying Elvises, Jimmy returned to the (now renamed) WWE in the fall of 2003 under the name Akio.

Later in his WWE career, he was given a Cowboy gimmick and became known as Jimmy Wang Yang.

Today would have been the 73rd birthday of Old School WWF Celebrity “Fats” Ernie Holmes.

In 1986, he was one of the NFL players who competed in the 20-man “WWF vs. NFL” themed Battle Royal at WrestleMania 2, that was won by Andre The Giant.