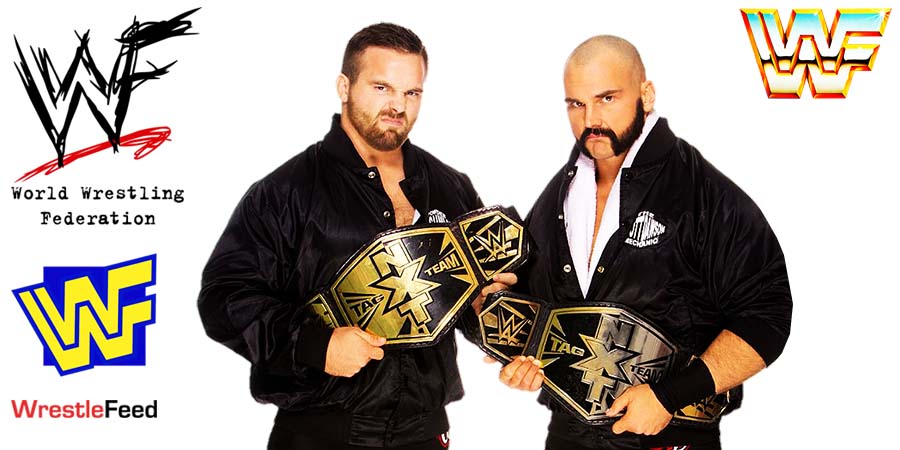 Dax appeared on the Wrestling Perspective Podcast and had the following to say about the report of WWE being interested in FTR:

Here’s the thing – we respect Tony so much. We would never, in a million years, while we’re under a contract with the company, would we ever go behind his back and talk contract status with anybody else. No other company.

We would never do that to him because we have too much respect for what he’s given us and what he’s allowed us to do.

Now on the flip side of that, we’re gonna go where professional wrestling takes us, and wherever the best opportunity is for us and wherever we can build on our legacy.

That’s the most important thing. Obviously, money is really, really cool. I’m allowed to take care of my wife and daughter.

But whenever we initially got the contract offer from WWE, I called my grandmother and I told her how much it was, and I told her, ‘I think I’m going to turn it down.’

And her exact words were ‘David, how much money do you need?’ I was like ‘oh my god, she’s right.’ My dad and my mom busted their a$$ to take care of me. If they can do it, I can do the same thing and I don’t have to do this. I do it because I love it.

So we’re going to go wherever the love of wrestling takes us.”

Also Read: Why Bret Hart Won’t Be A Part Of The Owen Hart Tournament Presentation In AEW

On this day in 2001, we lost Old School Wrestling Legend “Handsome” Johnny Valentine (Real name: John Wisniski) at the age of 72 as a result of a number of injuries and complications.

Johnny Valentine was the legendary father of WWF Legend Greg “The Hammer” Valentine, and while his son got inducted in 2004, Johnny has yet to be (posthumously) inducted into the WWE Hall of Fame, which is most likely going to happen as part of the annual ‘Legacy Wing’.

In 1973 he won the “Most Inspirational Wrestler of the Year” award by Pro Wrestling Illustrated.