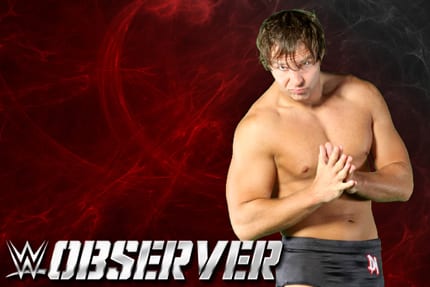 As we know, WWE officials want to bring the prestige back to the Intercontinental & United States Championship. For this to happen, officials want John Cena to win the US title this Sunday while Sheamus or Daniel Bryan win the IC Title at WrestleMania 31. According to reports, Dean Ambrose is scheduled to get a big push heading into SummerSlam as he will be competing for one of the above mentioned titles. On a related note, some people are comparing Roman Reigns’ push to Lex Luger’s push from 1993-1994 where Luger was pushed big time but didn’t get over with the fans.