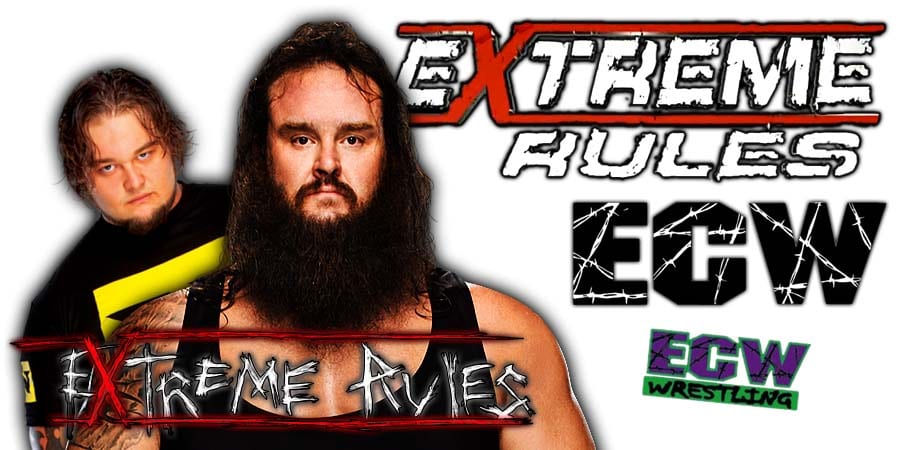 • Details For Braun Strowman vs. Bray Wyatt At The Horror Show At WWE Extreme Rules (Spoilers)

Universal Champion Braun Strowman and Bray Wyatt will battle in a non-title Wyatt Swamp Fight this Sunday at The Horror Show at WWE Extreme Rules.

The match was taped on Thursday night, and took all night long.

Wrestlinginc is reporting that the taping for the match took between 6-7 hours. Multiple takes with different angles were filmed. It’s expected that the match will last around 20-30 minutes after being edited.

Reptiles including Snakes and Alligators were used. The finish will be similar to that of Jason from Friday the 13th and a horror movie where someone is taken away or disappears but will later return to continue the feud. Many of Wyatt’s ideas were implemented into the match and Vince McMahon was not included in the making of the match.