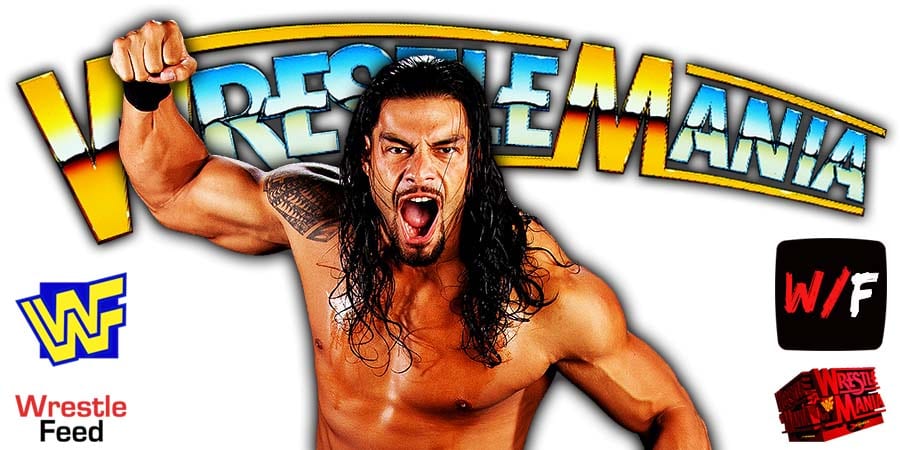 • Did Roman Reigns Get Injured At WrestleMania 38?

WWE billed this as the biggest WrestleMania match of all time, so fans’ expectations were very high for this match.

When this match ended in just 12 minutes, some fans were left disappointed.

There was concern that Roman got injured in this match, with the rumor being that he dislocated his shoulder or suffered some kind of an arm injury, as his arm was visibly swollen and he even said to Paul Heyman “it’s out” multiple times during the match.

Soon after we heard him say that, Reigns hit Lesnar with a Spear to pick up the win.

Reigns had trouble in lifting his left arm up after the match, thus fueling the rumors of him getting injured.

However, the Wrestling Observer is reporting that Roman didn’t get injured:

This episode was broadcasted from the Allstate Arena in Chicago, Illinois and featured matches & storyline segments on the road to the ‘WWE Backlash 2004’ PPV.

3. Sylvain Grenier vs. The Hurricane