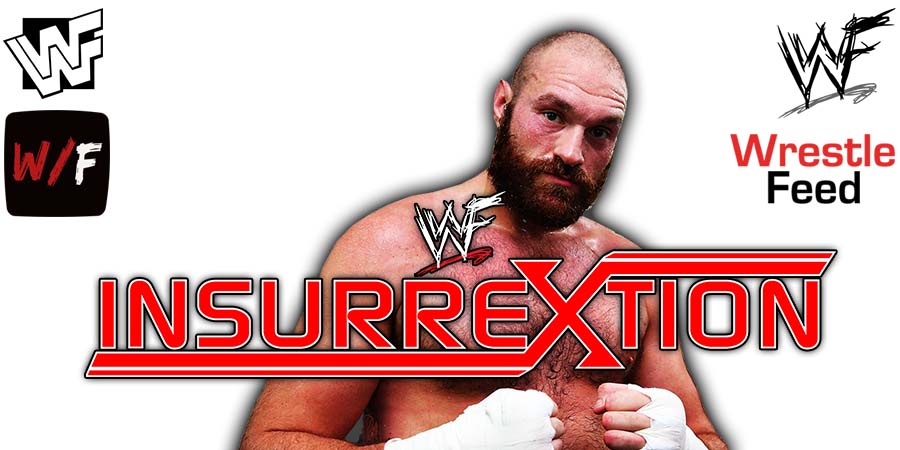 • Did WWE Forget To Cut The Feed When Drew McIntyre & Tyson Fury Were Singing?

After Drew McIntyre lost to Undisputed WWE Universal Champion Roman Reigns at Clash At The Castle in the UK, Boxing Legend Tyson Fury entered the ring and had a moment with both men.

Fury shook Roman’s hand and then sang a song with Drew.

Former WWE Writer Freddie Prinze Jr. claimed on his podcast that WWE forgot to cut the feed while Drew & Tyson were singing.

“The end of the match was weird because they forgot to say cut, I know this for a fact. I asked a couple of people.

They left the feed running and all of a sudden Drew McIntyre was feeling good, Tyson Fury came out to the ring, and they sang ‘Sweet Caroline’ after a loss. It was so weird.”

However, that’s not the case. Ringsidenews’ source reported the following about this Drew-Tyson segment:

“That is 100% false. A source in production confirmed WWE even had to make sure they could air the Don McLean song beforehand.”

As you can see in the above video, McIntyre even said they’re still on air.

On this day in Pro Wrestling history on September 12, 2004, World Wrestling Entertainment aired ‘WWE Unforgiven 2004’ LIVE on PPV from the Rose Garden in Portland, Oregon.

The PPV theme song of this single brand (RAW) pay-per-view was “Survival of the Sickest” by the band ‘Saliva’.