• “Did you take retard pills today?” – WWE Producer To Crew

Former WWE Director and Vice President of TV Technology, Kevin Quinn, did an “Ask Me Anything” on Reddit on Monday night. He revealed that he was recently released by WWE, and is retiring from the business.

During the AMA session, a fan asked him what’s the craziest thing WWE Vice President and Producer Kevin Dunn tells the crew on headset.

He replied that he says:

“Did you take retard pills today?”

Quinn was also asked about Dunn making numerous camera cuts on WWE TV, which is something fans don’t appreciate.

He revealed that Dunn’s thinking about it is that “more is less.” 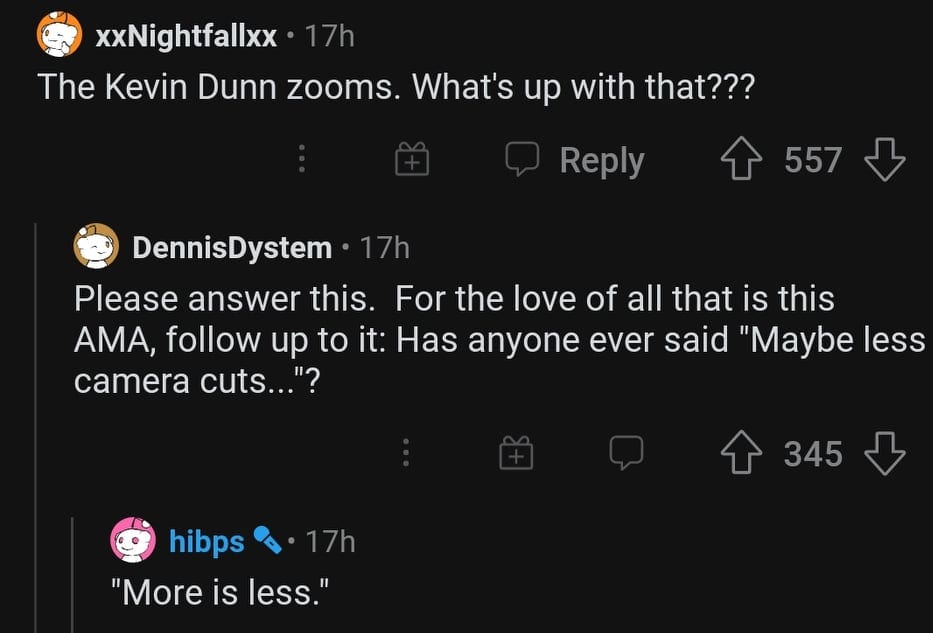 It was broadcasted from the Civic Coliseum in Knoxville, Tennessee and featured matches & storyline segments on the road to the ‘WCW Starrcade 1997’ PPV.