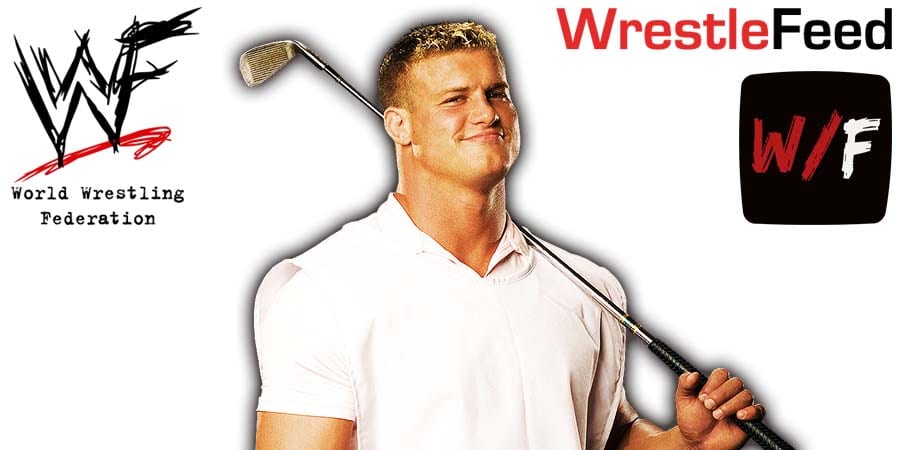 • Dolph Ziggler On Why He Hasn’t Left WWE

While speaking to Bleacher Report, RAW wrestler Dolph Ziggler discussed his rollercoaster of a run in WWE.

On never winning the WWE Championship:

“I’ll do interviews like this and, no joke, you’ll remind me that’s one of the only things I haven’t won. If I sat back and thought about it, maybe, but I look at it as a sport and see who I’m playing, this is who I’m fighting, what are their strengths and weaknesses, what can I do to make this work out best for me, how can I come out on top one way or the other.

The emotion and excitement is there because when the title is on the line—knowing you’re a part of it, knowing it’s a bigger match than normal—I feel like Bill Belichick. I’m just planning and plotting and, sure, if you go along the way and win six championships, you did it, but you’re also just going out to be the best in the business and set an example for other people who watch.”

On getting an endorsement from The Rock:

“I don’t see how it couldn’t [resonate with you]. He’s the biggest star in the world, no matter what he does and no matter how you see him. The cool thing was I’ve seen him as someone who’s studying wrestling when he was wrestling and I go, ‘This guy makes moves here, he does things here, he captures everyone’s eye no matter what whenever he can.’

He could be a famous movie star right now and say he was bad at wrestling at some point. I’d think, ‘Well, it’s cool he’s a big star and sees something in me. But, you know what, I don’t think he knows what the hell he’s talking about wrestling-wise.’ But that is not the case. He knows what it takes. He knows how to be great. He’s The Great One.”

On almost leaving WWE and why he stayed:

“There would be months or years that went by that I went, ‘OK, when this contract runs out, no matter what they offer me, I’m going to get out of here and go make a name for myself and see if they want me back or if they’re begging to have me back or maybe I don’t want to come back.’

There’s been different points where I go, ‘Well, I’m now working with X person, Y person, and Z person and I know I can make them better. I’m going to stay this time and figure things out.’ In the old days, you used to bounce around territories and found out about yourself, and that’s how you made things work.”

On embracing his losses:

“I also very much do embrace that guy who is one win and 99 losses this year, coming off of a loss to Otis, shows up and is fighting for a title. I go, ‘Man, this doesn’t make sense to me, but I’m going to make you believe one way or another.’

I have 10-year-old kids telling me on social media, ‘We know you’re not winning this match.’ You go, ‘You know what, there’s a reason I’m here. There’s a reason I do this. There’s a reason I get put in these positions.’ It’s because somehow, good or bad, I can make you believe and possibly this could be the time or day where lightning strikes and it happens. I feel like I’ve made an entire career out of that.

Sometimes it gets a little taxing when you have the entire world telling you your Vegas odds are 10 million to one that you’re going to win this match and you go, ‘OK, I’m going to make this match awesome’. Even the biggest haters of myself or my position came away from the match we had at Extreme Rules saying, ‘Damn, that was badass.’ I say to myself, ‘I need to step it up and make it happen again.’”