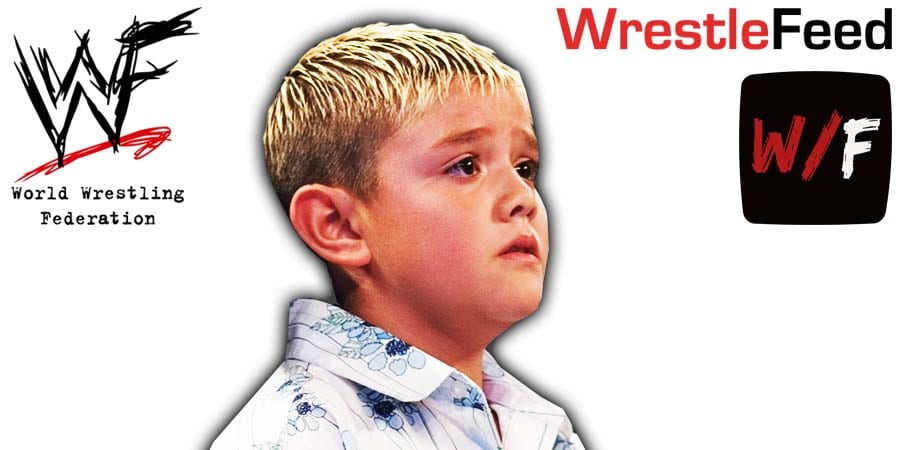 • Dominik Mysterio Comments On His Long-Term Goal In WWE

During a recent interview with Chris Van Vliet, RAW wrestler Dominik Mysterio was asked about plans for him to wear a mask in WWE and if he’ll change his name.

Below is what Dominik said:

“There’s still talks about it, so we would like to eventually get into the tradition of lucha libre, which would be putting a mask on me and taking the name. But I think that’s all down the line in the future.

But now everyone knows my face and what I look like, and the idea of wearing a mask is to hide your identity, to be able to go out to places and stuff like that. But I think I could find a unique way of bringing the mask into my character.

My long goal [for my name] would be ‘Prince Mysterio,’ for me, since ‘Rey’ in Spanish is ‘king,’ so for my character to be Prince Mysterio, but I don’t know, we’ll see where it goes.”

Also Read: Aalyah Mysterio: Everything You Need To Know About Rey Mysterio’s Daughter

In 1996, they both joined the World Wrestling Federation as Goldust & Marlena, but later during the famous Attitude Era, she started to use her real name, Terri Runnels.