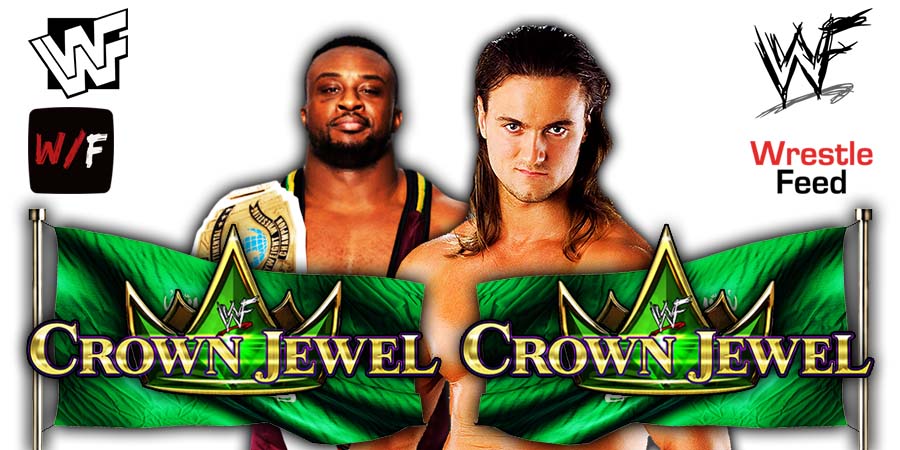 During a recent interview with DAZN, Drew McIntyre talked about Big E winning the WWE Championship by defeating Bobby Lashley.

“I was just like everybody else on planet earth, ecstatic. There’s nobody that deserves to be WWE Champion more than Big E.

I’ve watched him come through FCW to NXT to start on the (main) roster as a very serious character which is not the real him to teaming with the New Day guys, initially as a serious group and finally shown their personality, getting over huge and paying his dues while being such a nice guy the whole time and finally winning the big one.

McIntyre will face Big E for the WWE Championship at this month’s Crown Jewel 2021 pay-per-view in Saudi Arabia.