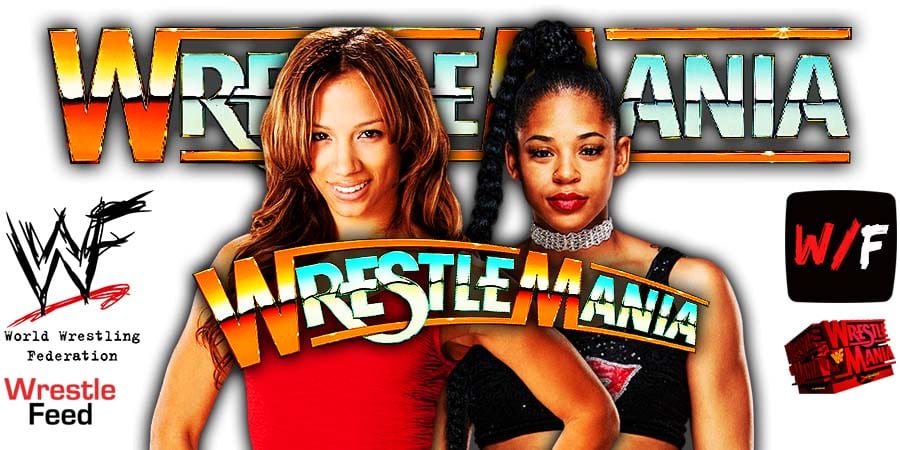 While WWE hasn’t announced anything yet, the WWE Championship match will most likely be the main event of Night 1.

Sasha also supported this hashtag and called her match “The Main Event” multiple times on Twitter while posting graphics of her WrestleMania 37 match.

On tonight’s RAW, McIntyre took a shot at Sasha’s attempt to main event WrestleMania by pushing a hashtag.

He said the following during a backstage segment in the RAW locker room:

“Trending a hashtag is how people seem to want opportunities around here.”

You can read the complete results from tonight’s RAW by tapping here.