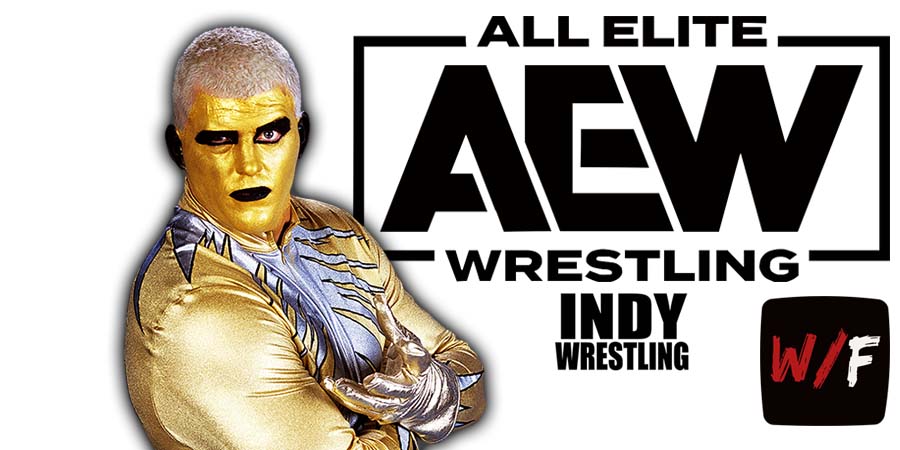 Dustin, who is the half-brother of Cody, confirmed that he will stay in All Elite Wrestling.

Below is what the man formerly known as Goldust tweeted:

“I love my brother #CodyRhodes. I love my sister in law @TheBrandiRhodes. Whatever they decide to do in life, I support 110%. I am sad that they are gone, but the f**king train keeps moving. 💙 ❤️ #LFG”