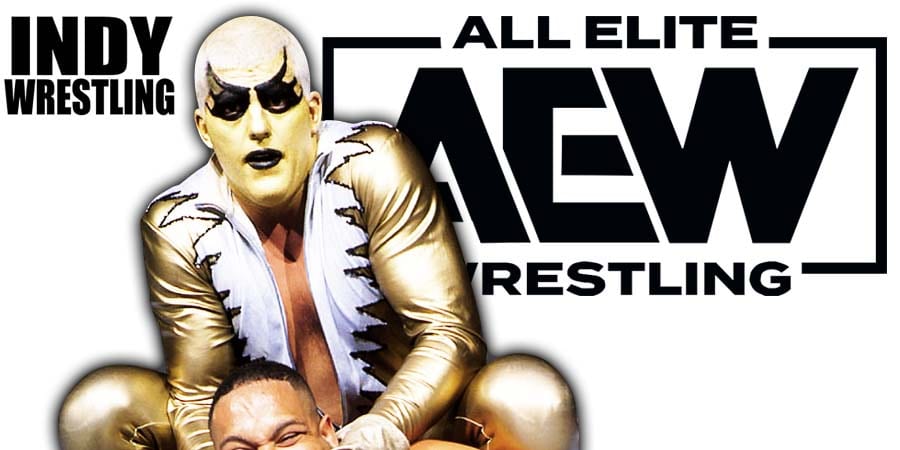 After being an announcer for the AWA and WCW, he moved up the ladder and became the President of Ted Turner’s World Championship Wrestling promotion, as well as the on-screen manager of the most famous faction in Professional Wrestling history: The New World Order (nWo).

The last time we saw him in a major role on TV, was for TNA iMPACT Wrestling from 2010 to 2012. He has yet to be inducted into the WWE Hall of Fame, but it’s obviously just a question of “when” and not “if”.

Dustin Rhodes lost to Cody Rhodes in an incredible match at All Elite Wrestling’s Double Or Nothing PPV this past Saturday night.

During a post-PPV interview with Chris Van Vliet, Dustin had the following to say about the match:

Dustin then also revealed how he got busted open during his match:

“Cody’s cane has a wolf head on it so Brandi — I know she doesn’t like me, at all — right? I really don’t care for her either, but she hit me square in almost my temple — it felt like my temple. Then I went down and I’m like what the hell? Then she speared me and I rolled over and [blood] started shooting out. It started shooting out I was like, oh god, oh god that’s a deep one.

[The blood] was blinding at times in the match it was like, ‘oh man it won’t stop.’ It just kept coming. I think the sweat in the building does that too, probably my nerves because I was so hyped up for it.”